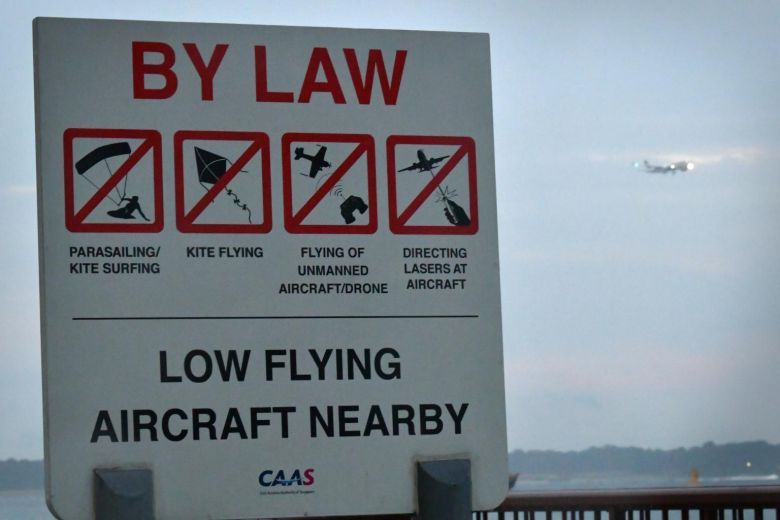 This article is contributed by Karamjit Kaur and a version of it first appeared in The Straits Times, an SPH publication, on July 09, 2019.

Drones here will have to be registered and penalties likely raised for those who flout flying rules, as part of measures to tighten control after two illegal incursions disrupted operations at Changi Airport last month.

There will also be a licensing framework for pilots of large and more capable drones, said Senior Minister of State for Transport Lam Pin Min. Drone registration - possibly by the year end - will ensure that operators are made aware of their responsibilities, he added. There will also be stricter enforcement actions against errant drone operators, Dr. Lam said in Parliament yesterday.

Currently, there is a ban in Singapore on flying drones within 5km of airports or military airbases, or at altitudes above 61m, without a permit. Offenders can be fined up to S$20,000 and jailed for up to a year.

Last week, two people were charged with operating a drone close to an aerodrome, while another two cases are being prosecuted. Yesterday, a company was fined S$9,000 after pleading guilty to a charge of operating a drone without a permit.

Dr. Lam updated the House on the new measures after several MPs asked about the unauthorized drone activity that led to 55 flight delays and eight diversions over two nights on June 18 and 24. Police investigations are ongoing.

"Meanwhile, our priority is to detect the drones promptly and prevent them from affecting air traffic and endangering public safety. We have taken a multi-agency approach and deployed national resources towards ensuring the safety of Changi Airport operations"

Capabilities to counter drones have been strengthened at the airport as well. "We stand ready to invest in and deploy additional capabilities to monitor and enforce the safety of our airspace," said Dr. Lam.

Picking up drone activities can be challenging, especially when intentions are malicious, he stressed. Responding to Workers' Party Non-Constituency MP Dennis Tan, who asked about geofencing technology at the airport, Dr. Lam said that while such solutions can keep drones out of restricted areas, there are limitations.

For the technology to work, a drone must first be fitted with the necessary software that uses Global Positioning System and other navigational satellite signals to automatically help prevent it from flying near sensitive locations.

Dr. Lam said: "In this particular case, we are of the assessment that such a capability has been disabled so that the geofencing solution will not be capable of preventing this intrusion." Similarly, a proposed central flight management system that can monitor drones island-wide, and allow the authorities to check if they are operating under valid permits, works only if operators cooperate.

He favored a "risk-stratified approach" to deal with the issue, with priority given to sensitive areas, such as those near the airport. Even as the intrusions at Changi have caused some to suggest that Singapore should ban the use of drones, Dr. Lam pointed to their uses. They can be utilized for deliveries and inspections and there are also many recreational users here, he said. They are also used to teach subjects such as robotics and programming. Dr. Lam said: "It is therefore important that we continue to take a balanced approach."

As with other forms of new technology, finding the right balance in terms of regulations will take time, particularly since drone technology continues to evolve quickly, Dr. Lam said. This is why the Civil Aviation Authority of Singapore set up an advisory panel this year to improve the regulatory framework surrounding drones, he said.

Join HWZ's Telegram channel here and catch all the latest tech news!
Our articles may contain affiliate links. If you buy through these links, we may earn a small commission.
Previous Story
DBS Travel Marketplace is a one-stop portal for your air travel, accommodation and travel insurance needs
Next Story
Trend Micro's Home Network Security is a small black box that protects your smart home devices