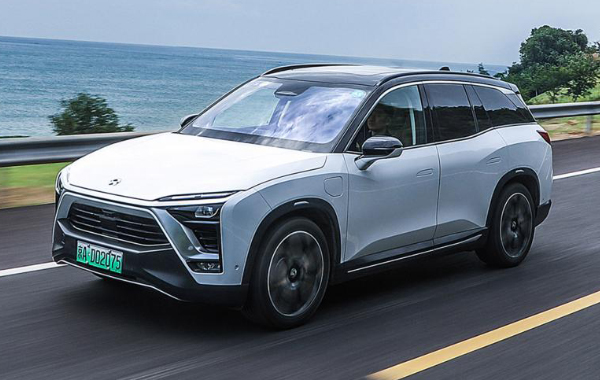 A NIO electric car was left stranded in central Beijing after a driver triggered an over-the-air software update.

NIO is a Chinese electric company that competes directly against Tesla. They made headlines in 2016 with the EP9, an electric supercar with over 1,300hp.

The driver, who was testing the car, and a NIO representative triggered an over-the-air software update as the car was passing through Beijing's super busy Chang'an Avenue.

This caused the car to shut itself down as it prepared to update its software. The driver and the NIO representative was stuck in the car for over an hour as the car updated itself. Worse of all, during the process, even the windows could not be wound down.

The avenue passes through Tiananmen Square, the Great Hall of the People, the headquarters of the People's Bank of China, and more. So it goes without saying then that the incident caused a massive traffic jam.

NIO has since apologized for the incident and said that it will be looking to "optimize" the confirmation process for over-the-air software updates.

However, they also clarified that before such updates are triggered, users are explicitly told and warned that they need to park their cars and that the car would be disabled during the upgrading process.

In an email to The Verge, NIO said:

Before users start to upgrade the software, they receive a clear notice explaining that users need to park their cars during the upgrading and the car’s relevant functionalities will be shut down. The upgrade takes several steps, including entering the password and confirmation. The user tried to engage the upgrade while she was caught in a traffic jam.

A clear case of user error? I think so. You won't update your phone if you are the midst of a call, so why would you update your car when you are in traffic?

Still, it's nice to see that NIO are looking into it to prevent similar incidents from happening in the future since some people simply can't be bothered to read instructions.

Previous Story
Integration of WhatsApp, Instagram and Facebook Messenger will not happen this year
Next Story
Local viewers will have more options to view HBO channels