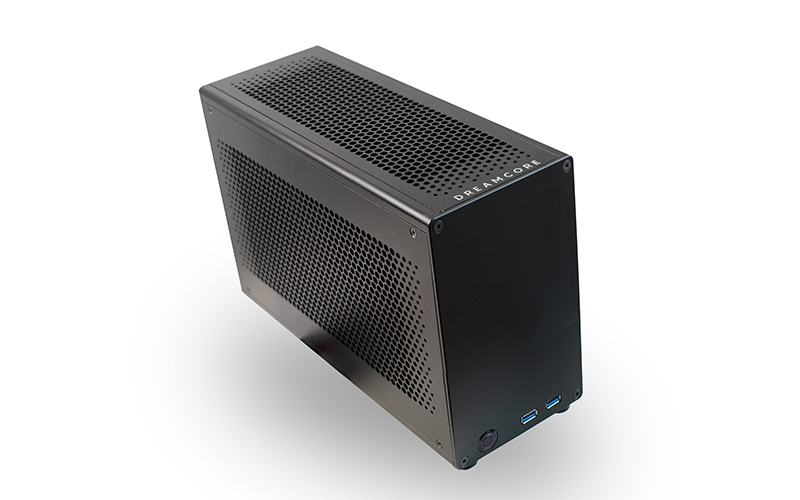 Dreamcore is expanding its range of custom PCs with two new systems. The Dreamcore Bullet is a compact small form factor PC that packs plenty of performance, while the Ghost is a more value-oriented machine for those on a budget.

Dreamcore says the Bullet is the smallest custom PC you can get here to feature an internal power supply. At 305 x 120 x 200mm, it’s slightly smaller than even the Aftershock Impulse V2 – arguably its biggest competitor locally – all while supporting the fastest desktop components.

The company says it designed and manufactured the chassis itself, and it’s also more compact than similar products like the Kolink Rocket, Hammertech H4, and Preflow Shadow.

The Bullet makes few compromises in terms of performance, supporting up to an 8th-generation Intel Core i7 processor (or AMD Ryzen chips if you want), speedy M.2 PCIe SSDs, and even an NVIDIA GeForce GTX 1080 Ti.

The chassis boasts a sandblasted aluminum surface, and generous vents at the side and top help ensure that there’s enough airflow to keep the components running cool.

In addition, the Bullet features plenty of connectivity ports, to the tune of eight USB ports, of which six are USB 3.1 ports, dual-band 802.11ac Wi-Fi, and Bluetooth 4.0 connectivity.

On the other hand, the Dreamcore Ghost is targeted at those looking for a gaming PC that won’t break the bank. It starts at S$875, and it’s a good fit for those who want to run less demanding esports titles or 1080p games at Low to Medium settings. 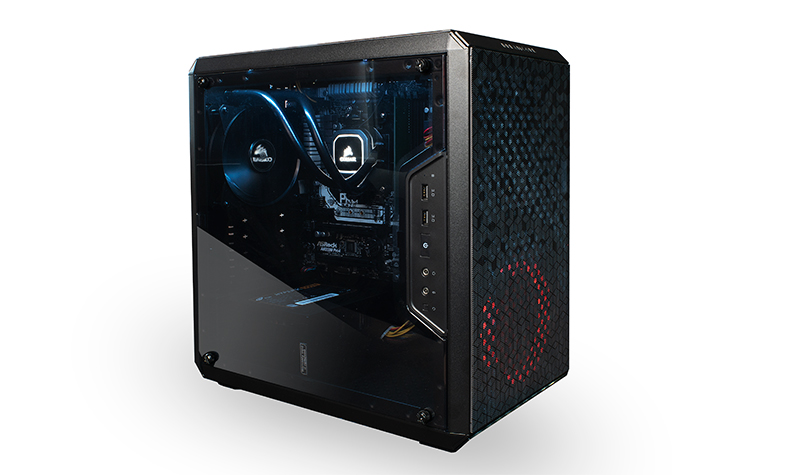 That said, you’ll probably want to opt for a discrete GPU if you’ve got the budget for it, and here’s a look at Dreamcore’s recommended configuration, which will cost you S$1,615:

The Dreamcore Bullet and Ghost will be available to buy on Dreamcore's website starting on 28 May. They'll also be on display at the PC Show 2018 next week.