Draw Something Loses 5M Users a Month After Zynga Takeover

Draw Something Lost 5M Users a Month After Zynga Takeover 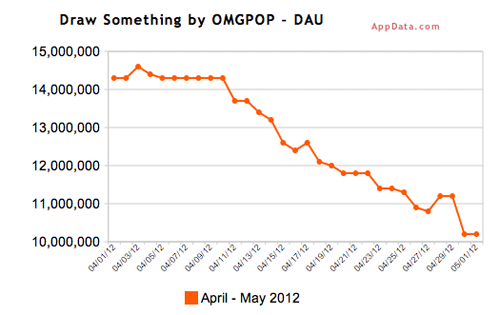 According to the latest figures from AppData, it would appear that mobile games giant Zynga has shot itself in the foot.

In the past month, Draw Something has lost around 5 million daily active users, bringing the number down to around 10 million. 10 million daily active users is still a considerable amount, but the rate at which Draw Something is losing its players is alarming and worrying, especially since Zynga forked out a cool $180 million to acquire OMGPOP, the game's developers.

For quite some time now, Zynga's strategy in the mobile games market has been either to acquire its competitors, or, if that fails, make a similar version of the game themselves. It has since served them pretty well, but if these figures are anything to go by, it would seem that Zynga's strategy has finally backfired on itself. Zynga's stock prices have also suffered as a result, plummeting from a high of US$14.69 in early March to US$8.30 as of last week.

It also goes to show just how fickle the mobile gaming crowd can be.