Dragon Quest The Adventures of Dai: A Hero's Bonds launches on mobile this year

Dragon Quest The Adventures of Dai: A Hero's Bonds launches on mobile this year 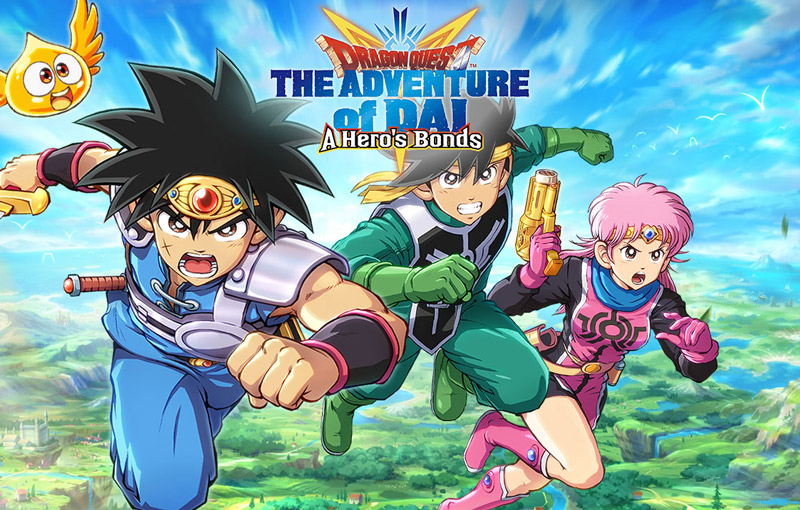 This will do until Dragon Quest 12 comes along.

Square Enix calls The Adventure of Dai: A Hero’s Bonds a ‘team action RPG’ with, “dynamic battle sequences and deep character progression options.” From the looks of it, you’ll be fighting with a party and customising gear in between enemy encounters. Combat seems to be a mix of running down a road Subway Surfers-style and cutting down monsters in your way. The game also includes up to three player co-op, where players have to work together and strategise on a three-lane battlefield.

Pre-registration is now open for Android players here, but a closed beta test is also on its way for supported Android devices in Singapore, Japan, Canada, England, France, Australia and New Zealand. The Adventures of Dai: A Hero’s Bonds will launch as a free-to-start game with in-app purchases, as ominous as that might sound. The game’s story will follow the anime of the same name, with animation produced by Toei Animation.

At one time, the world was suffering under Dark Lord Hadlar. That is, until peace was won back by a hero  swordsman and his companions... Time has passed... Monsters liberated from under the Dark Lord now live on Dermline, a solitary island in the south seas. A boy named Dai is the only human on the island. He wants to become a hero, and he's been living in peace with the monsters. But his life is transformed when Dark Lord Hadlar is resurrected. A promise to a mentor; encounters with companions; an inescapable destiny... Young Dai begins his adventure to become a hero, and to save a world once again in crisis!

It wouldn't be a Dragon Quest game without a world in crisis, would it?

Join HWZ's Telegram channel here and catch all the latest tech news!
Our articles may contain affiliate links. If you buy through these links, we may earn a small commission.
Previous Story
Intel has officially announced the new 11th Gen Rocket Lake-S chips
Next Story
HP’s virtual showroom lets Singaporeans shop from the comfort of their own homes