The Doomslayer razes hell in a new trailer for Doom Eternal

The Doomslayer razes hell in a new trailer for Doom Eternal 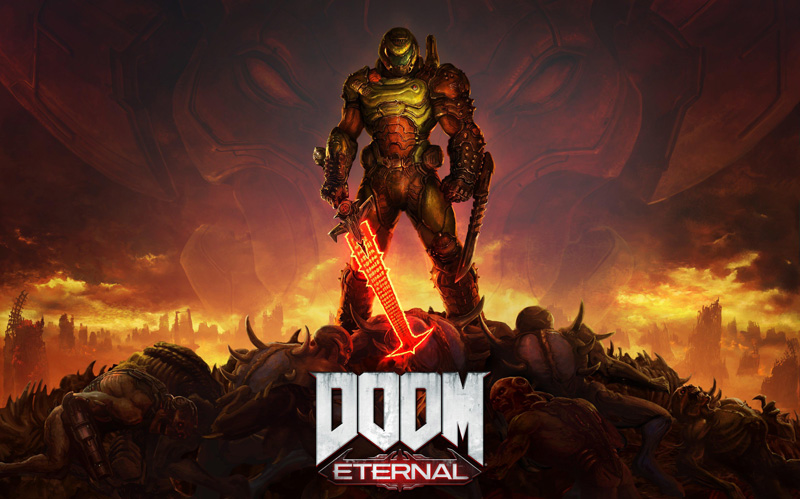 This new trailer sheds a bit more light on the game’s story. A demonic invasion has struck Earth, leaving the world’s angriest man (the Doomslayer) the job of saving it. Not only will he have to contend with demons of all shapes and sizes, but angels too, apparently.

Lead engine programmer Billy Khan tweeted about the game recently, calling it the best game id Software has ever made. He called it, “brilliant,” saying:

DOOM Eternal is the best game we have ever made. It is brilliant. I cannot wait for everyone to finally play it. It runs butter smooth. The combat is fluid as silk. idTech7 is pushing so much geometric detail. The image quality is bonkers. Get excited!

Doom (2016) was incredible at giving players an insane amount of power and letting them run free, without sacrificing a proper sense of difficulty. Its sequel seems to be following suit, not only by amping up all of Doomguy’s weaponry - but giving him new and powerful enemies to deal with, as well.

Doom Eternal will be released on PC, PlayStation 4, Xbox One and Google Stadia on March 20, 2020.

Join HWZ's Telegram channel here and catch all the latest tech news!
Our articles may contain affiliate links. If you buy through these links, we may earn a small commission.
Previous Story
Ben & Jerry's is introducing a new Netflix & Chilll'd flavour - yes, really
Next Story
Is BioWare teasing an upcoming Mass Effect title?