Doom Eternal has been delayed to March 2020

Doom Eternal has been delayed to March 2020 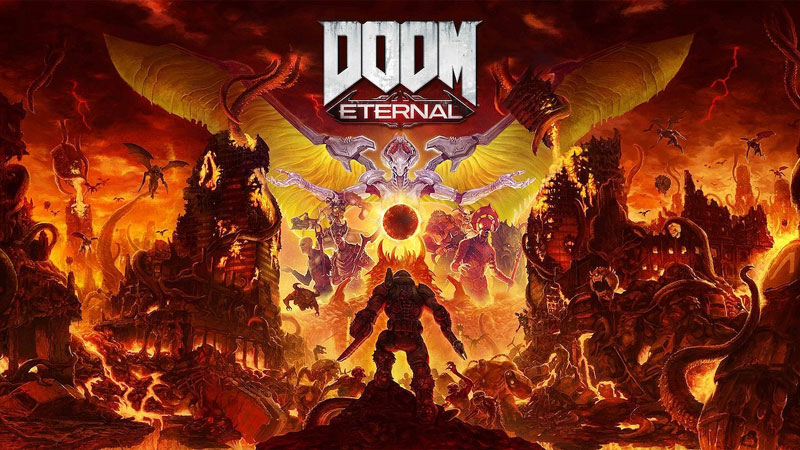 Doom Eternal won’t be releasing on its original 22 November release date this year. Id Software made the news public in an apologetic Twitter post, along with more news on Doom 64. There's one bright spot though, as Doom 64, a re-release of the 1997 game for the Nintendo 64, is also coming to PC.

The highly-anticipated shooter’s new release date is 20 March, 2020 (except on the Nintendo Switch, where the release date will be announced later) on both Steam and Bethesda.net. According to the developer, they wanted to take more time to deliver the best possible experience and ensure that the final product meets their "standards of speed and polish". 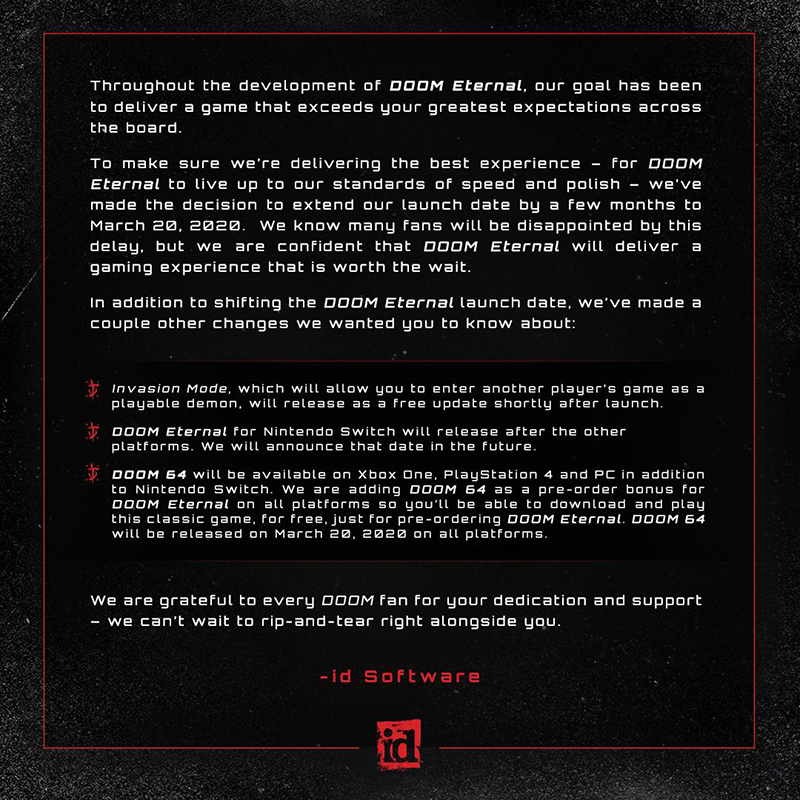 Id also made it clear that Doom Eternal’s Invasion mode – earlier marketed as a way for players to invade each other’s games as demons – will arrive as a free update shortly after launch. 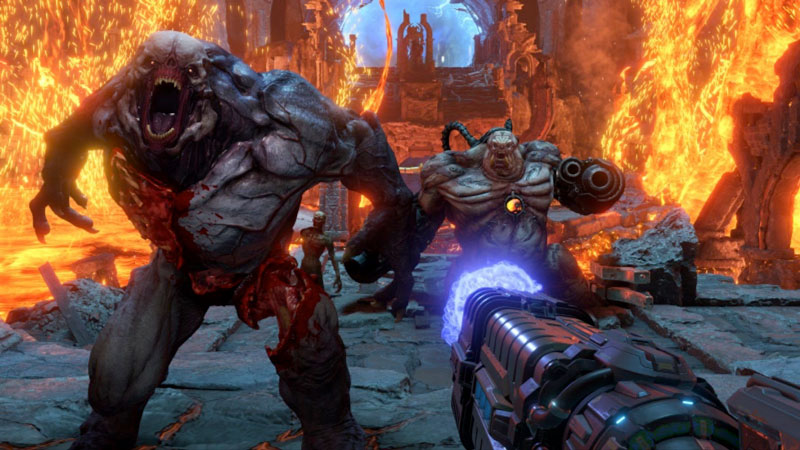 Doom 64, earlier announced for the Nintendo Switch, will also be available on Xbox One, PlayStation 4 and PC on 20 March, 2020. Anyone who pre-orders Doom Eternal on any platform will also receive Doom 64 for free.

This is a pretty out-of-nowhere announcement, considering the game was scheduled to come out a month from now. It could be Bethesda’s attempt to avoid an already packed month filled with major game releases, which already includes Star Wars Jedi: Fallen Order, Death Stranding, Pokémon Sword and Shield, and Need For Speed: Heat. Either that, or something must have gone hugely wrong somewhere, to cause such an abrupt five month delay.

I’m half disappointed, and half relieved. Doom (2016) was fantastic, and if its sequel needs time to live up to those standards, I say, let it cook.

Join HWZ's Telegram channel here and catch all the latest tech news!
Our articles may contain affiliate links. If you buy through these links, we may earn a small commission.
Previous Story
Intel announces eight new Cascade Lake-X Xeon W-2200 processors
Next Story
A female-led John Wick spinoff is in the works, helmed by Len Wiseman