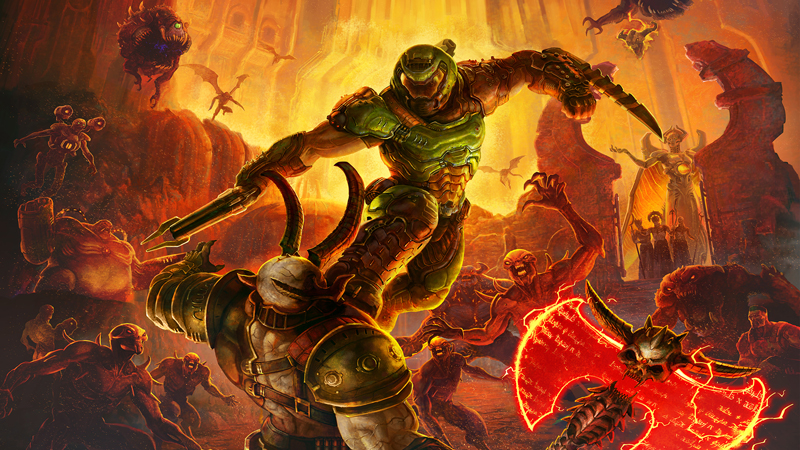 Rip and tear on next-gen consoles.

Publisher Bethesda Softworks have announced that Doom Eternal and The Elder Scrolls Online will be released on the PlayStation 5 and Xbox Series X. Players who already own one or both of these games on PlayStation 4 and Xbox One will also get a free upgrade for next-gen consoles.

Although Bethesda has committed to giving players free upgrades for any titles they bring over to next-generation consoles, the company hasn’t actually named any other games getting this treatment besides these two. There are multiple Wolfenstein and Fallout games that could be great on next-gen consoles. They would also be remiss to not port over or re-release The Elder Scrolls V: Skyrim for a 10th time.

In a statement, Bethesda said:

… while we don’t have any news to share just yet on our remaining catalogue of titles, we can confirm we are committed to offer free upgrades for current generation console owners of existing Bethesda titles we bring forward into the next generation of consoles.

Bethesda also recently debuted a new trailer for Doom Eternal’s upcoming expansion - The Ancient Gods, Part 1. A full trailer for the expansion will be shown during Gamescom Opening Night Live on August 27.

A proper release date for the next-generation versions of Doom Eternal and The Elder Scrolls Online will come later, according to Bethesda. Doom Eternal is also coming to the Nintendo Switch soon.