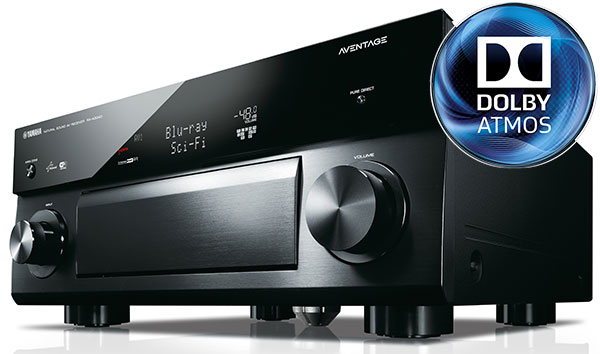 Announced in 2012, Dolby Atmos is a surround sound tech by Dolby Laboratories. Meant originally for cinema installation, it’s currently implemented in more than 300 locations worldwide (including Golden Village's GVmax theater where we first documented our experience). In a nutshell and in theory, Atmos allows unlimited number of audio tracks; we shall skip the technical details here, but as you can imagine, Atmos enables movie goers to enjoy super-realistic ‘all-around’ sound. The platform is also gaining popularity with cinema professionals. For example, major Hollywood studios, seven Academy Award winning directors, and 16 Academy Award-winning sound mixers have adopted Atmos.

Recently, Dolby announced that Atmos is coming to home cinemas soon. Not only will this make home theater sound better than ever before, it also gives power users flexibility on how they want to set up their systems. For example, there will be Dolby Atmos-enabled speakers (great for those who can’t install overhead speakers) and AV receivers.

Are you a home theater enthusiast, and has Atmos piqued your curiosity? If so, check out Dolby’s FAQ for more details.

Join HWZ's Telegram channel here and catch all the latest tech news!
Our articles may contain affiliate links. If you buy through these links, we may earn a small commission.
Previous Story
Sony's High-end VPL-VW1100ES 4K Projector Now in Stores; Will Set You Back S$25,599
Next Story
Facebook Conducted Psychological Experiments on 600,000 Users in January 2012