Ever since the Osmo Mobile was launched, we’ve seen a steady stream of competitors entering the market, with the likes of Zhiyun and FeiYu creeping into the market. Evidently DJI isn’t one to rest on its laurels, as it has just announced the release of two new camera stabilizers: the Osmo Mobile 2 and the Ronin-S. The second generation of DJI’s smartphone stabilizer, the Osmo Mobile 2 comes with a new battery power system, letting you film for over 15 hours on a single charge. That’s more than three times what the original battery could provide, so you won’t have to carry as many spare batteries around. There’s also a USB port that allows you to use the Osmo Mobile 2 to charge devices on the go, so you can easily keep both your mobile and the stabilizer powered up.

Like the original Osmo Mobile, the Osmo Mobile 2 features a two-way mobile clamp that lets you easily switch between portrait and landscape orientations. It also maintains the ¼” screw mount so you can easily add on your favorite photography accessories. Get full zoom controls via a slide lever on the side of the handle, and use the intelligent features with the DJI Go app to create timelapse, slo-motion, or hyperlapse videos.  The app now adds ActiveTrack DJI’s technology, so just select your subject, and the camera will follow.

Thanks to the use of a new composite material, the Osmo Mobile 2 is also lighter than before, weighing just 485g compared to the 501g of the original. The design has also been altered slightly so the stabilizer folds down to be more compact than before, but the best change is perhaps that the retail price has been slashed drastically to just US$129, with worldwide sales said to start in late February.  Given that the Osmo Mobile sold for US$299 last year, this lower price should see a much higher take up when it hits our shores.

Find out more about the Osmo Mobile 2 here. DJI’s first single-handed stabilizer for DSLR and mirrorless systems, the Ronin-S brings DJI’s three-axis gimbal technology and adds in precision control so you can take stabilized footage on the move. It’s built so the camera’s rear LCD always remains in your line-of-sight, and allows you to shift from underslung to upright position in one smooth take.

DJI says the Ronin-S will be able to support most camera and lens combinations, like the Canon 5D, Panasonic GH, and Sony Alpha systems. Its stabilization system has also been designed to compensate for longer telephoto zoom lenses while still working in sync with in-body and in-lens optical stabilization technologies. 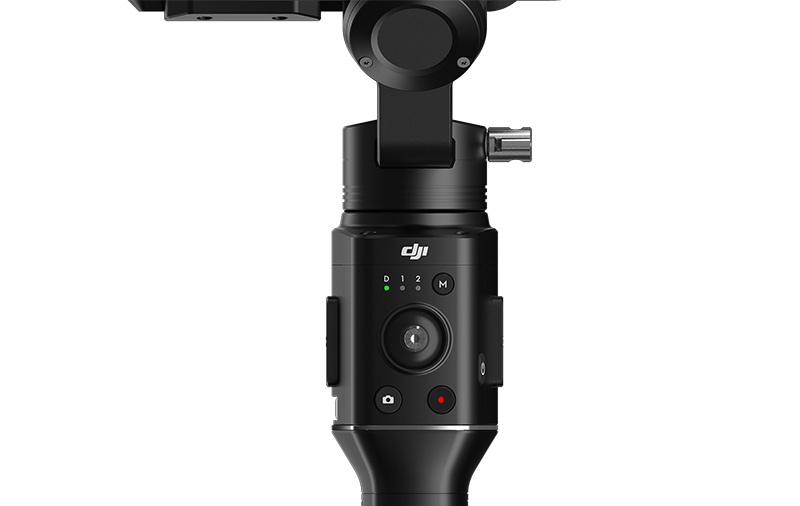 A new push mode on the Ronin-S lets you adjust pan and tilt by hand even while it is on, while the ergonomic design makes it easy to handle whether you’re filming in a underslung position or the regular upright one. The Ronin-S also uses DJI’s intelligent battery technology so you can hot-swap batteries during operation for extended shooting.

Dedicated controls for both camera and gimbal allow you to quickly switch between SmoothTrack settings, start and stop recording, and make high-precision camera position adjustments so you can easily frame your shot. There’s also a new Sport mode for tighter subject tracking, and you’ll be able to tap into features in the DJI Ronin app to create even more complex camera moves automatically.

The Ronin-S will be available in the second quarter of 2018 from all authorized retailers, but pricing has yet to be announced.

Find out more about the Ronin-S here.