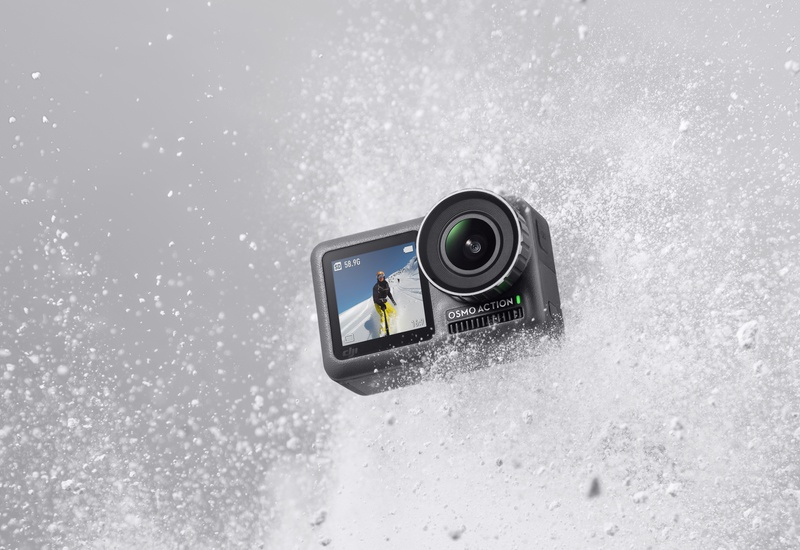 The key feature of the Osmo Action is the two displays: a 1.4-inch display on the front and a 2.25-inch (640 x 360 pixels) display on the back. The front display will come in handy for selfie shots.

There is also a Quick Switch physical button to toggle between different modes such as photo, video, time-lapse and slow-motion. You can use the button to select which of the two screens to view.

Other specs include dustproof, shockproof up to 5ft, waterproof down to 11m, microSD memory card slot, voice control, custom exposure settings, and a 1,300mAh battery.

It is available now for purchase at a retail price of US$349, which is about US$50 cheaper than the US$400 GoPro Hero 7 Black.