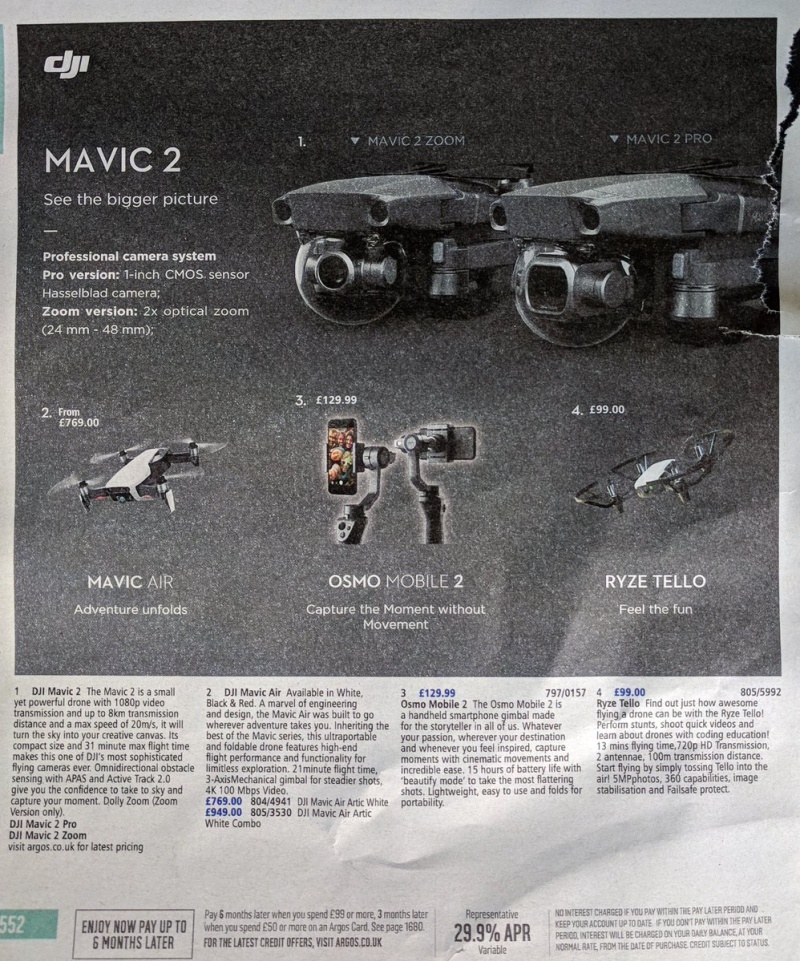 Spotted by several consumers in the U.K, there is a prominent ad on the Mavic 2 in the catalog which states almost all its specs. There are going to be two models: the Mavic 2 Pro and the Mavic 2 Zoom.

The Mavic 2 Zoom comes with 2X optical zoom while the Mavic 2 Pro sports a Hasselblad camera with a 1-inch sensor. Other specs include 360-degree collision awareness, a max speed of 20m/s, a 31-minute flight time and live 1080p video transmission at distances up to 5 miles (~8km).

The ad makes no mention of the removable gimbal or Lightning cable connection which were mentioned in a previous leak. For now, we just have to wait for DJI to announce a new date for the launch event.

Previous Story
Secretlab’s Omega and Titan gaming chairs are now available in black
Next Story
The Xiaomi Mi A2 Lite is a budget Android One handset with a 5.84-inch notched display and two rear cameras
Featured Highlights