DJI keeps your drones in line with a new Geofencing system

DJI keeps your drones in line with a new Geofencing system 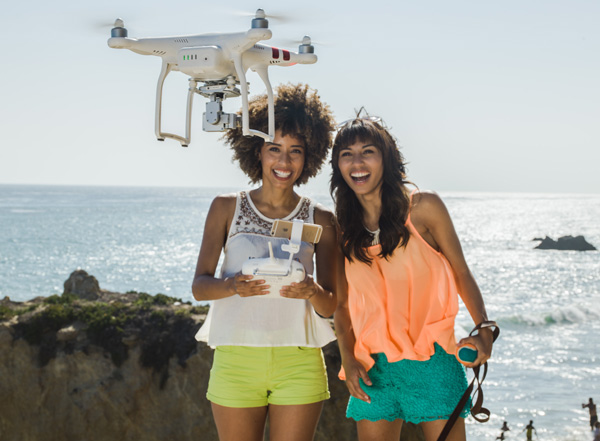 With government agencies gearing up with regulations to keep pace with the boom in drone flying, DJI has come up with a solution to help drone-flying enthusiasts keep their drones out of prohibited areas - their new Geofencing system.

The new Geofencing will be powered by Geospatial Environment Online (GEO), and will provide DJI drone operators with access to live information on temporary flight restrictions due to forest fires, VIP travel, major sporting events, and other circumstances that may require the airspace to be cleared.

The GEO system will also include for the first time, restrictions around sensitive areas like prisons and power plants. These restrictions will prevent drones from flying into or taking off in areas that raise safety or security concerns by default, though users who have verified DJI accounts will be allowed to temporarily unlock or self-authorize flights in some of those locations if they have a DJI user account verified with a credit card, debit card or mobile phone number.

This provides a measure of accountability if the flight is later placed under investigation by authorities, but the unlock function will not be made available in areas of national security like Washington D.C in America for example.

The new system will launch first in North America and Europe. Other regions will receive an update to airport data, but will continue to use the existing “No Fly Zone” geofencing system DJI pioneered in 2013 until the new system is launched in each region. The new mapping system will become available in December via an update of the DJI Go app and drone firmware.

Join HWZ's Telegram channel here and catch all the latest tech news!
Our articles may contain affiliate links. If you buy through these links, we may earn a small commission.
Previous Story
Sony Mobile rumored to be developing own processors, may debut in 2016
Next Story
Disney’s smartwatch prototype can identify objects you touch