DJI introduces the Mavic 2 Pro and Mavic 2 zoom, each with a new camera

DJI introduces the Mavic 2 Pro and Mavic 2 zoom, each with a new camera

DJI has just updated their Mavic Pro drone, and the new Mavic 2 comes in two versions, the Mavic 2 Pro and the Mavic 2 Zoom. While essentially the same drone, the versions differ by the camera installed.

The Mavic 2 Pro comes with an all-new Hasselblad L1D-20c camera that gets Hasselblad’s Natural Color Solution (HNCS) technology. That's paired with a 1” CMOS sensor that offers better performance in low-light. As such, the Mavic 2 Pro can now operate with an extended ISO range of 12,800, up two stops from the previous high of ISO 3200. It also gets support for the 10-bit Dlog-M Color profile which offers a wider dynamic range for more flexibility in post. The L1D-20c camera's 28 mm lens (35mm equivalent) also supports true aperture control, allowing you to open up to f/2.8 in low light and stop down to f/11 in bright settings.

Meanwhile, the Mavic 2 Zoom’s camera comes with a 24-48mm zoom lens that can be boosted digitally to simulate a 96mm telephoto lens. DJI says the ability to go to 48mm allows you to get a more cinematic look on your shots, and also lets you capture distant subjects without getting too close. The new 12.35MP camera is said to have a hybrid autofocus system that lets it focus up to 40% faster than the previous version. Meanwhile, the autofocus tracking system also gets a new Dolly Zoom function, which automatically adjusts focus when flying creating an intense warping visual effect. 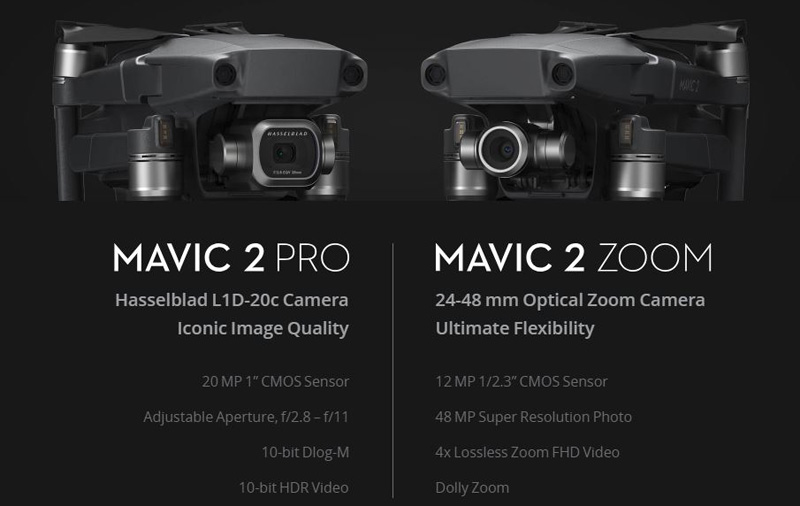 Both versions are able to create timelapse movies without extra post-processing thanks to the Hyperlapse function, and there’s the option of storing flight paths, so you can easily revisit a spot to capture footage in different seasons.

They also share a new Super Resolution feature, which captures and combines nine photos to create a 48MP photo with incredible detail. HyperLight is another new setting that both models gain, and this enhances images captured at low-light while significantly reducing noise. 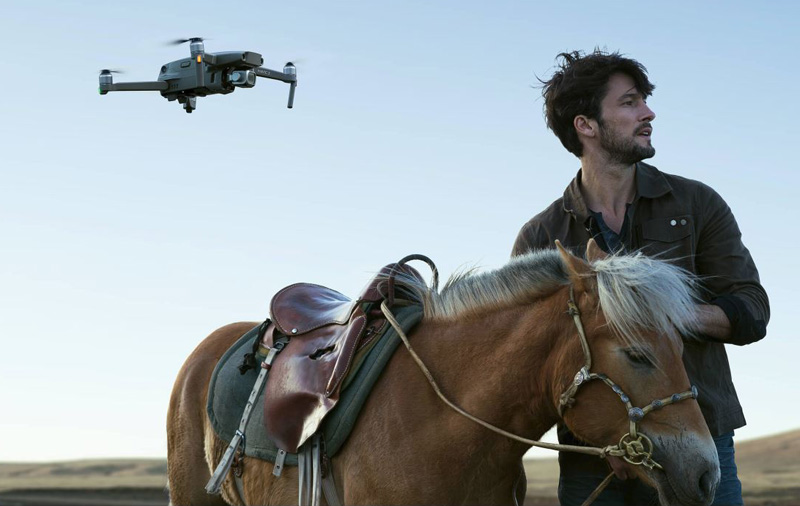 Despite flying faster, the Mavic 2 has been redesigned to be more quiet and more power efficient. A new OcuSync 2.0 system has also been implemented that provides 1080p video transmission over up to eight kilometers, so you should get smoother, safer flights. This has real-time auto switching between the 2.4GHz and the 5.8GHz bands, so you always get the clearest signal.

The Mavic 2 Zoom is available now from the DJI website for US$1,339 (with free shipping).

The Mavic 2 Pro is also available from the DJI website, and this is going for US$1,549 (with free shipping).

Find out more from the video below.

Our articles may contain affiliate links. If you buy through these links, we may earn a small commission.
Previous Story
Sweet! Singtel is giving away a free Samsung Galaxy Tab A with the Galaxy Note9.
Next Story
Kärcher announces three new cleaning products as part of 25-year anniversary