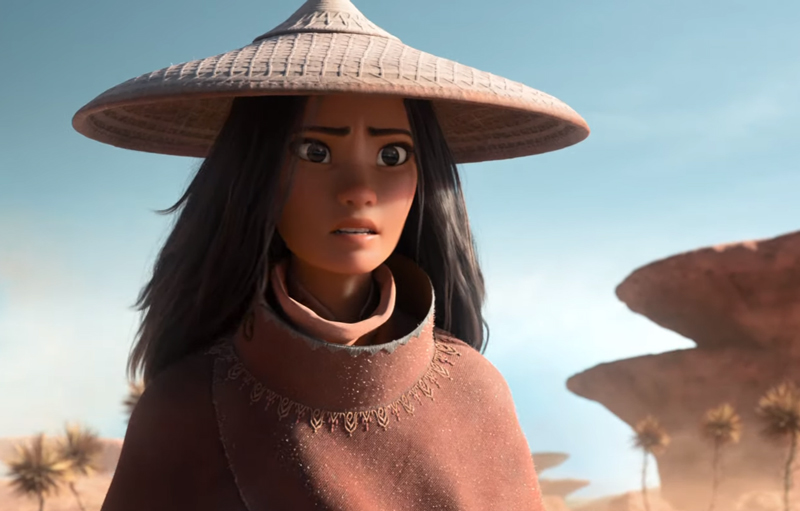 Disney’s on a roll with their animated movies.

Disney has released a new trailer for their upcoming animated movie Raya and the Last Dragon, and it’s full of nods to Southeast Asian culture. The movie was previously slated for release in December 2020, but has been delayed to March 12, 2021 due to the pandemic.

Raya and the Last Dragon takes place in a fantasy world named Kumandra, where humans and dragons once coexisted in harmony. An evil force struck the land 500 years ago however, and the dragons sacrificed themselves to save humanity. Now, a lone warrior named Raya (played by Star Wars’ Kelly Marie Tran) quests to find the last dragon alive (Awkwafina) to save her kingdom.

The last dragon is named Sisu, a water dragon who can transform into a human at will. We don’t see much of Sisu in the trailer, but do we get to see Raya’s adorable animal friend TukTuk (like the auto rickshaws). The world of Kumandra was reportedly inspired by places like Thailand, Vietnam, Cambodia, Myanmar, Malaysia, Indonesia, the Philippines and Laos.

Join HWZ's Telegram channel here and catch all the latest tech news!
Our articles may contain affiliate links. If you buy through these links, we may earn a small commission.
Previous Story
Bring your visual A-game with Acer's new Predator and Nitro monitors
Next Story
Razer's existing products will be compatible with the Xbox Series X and S