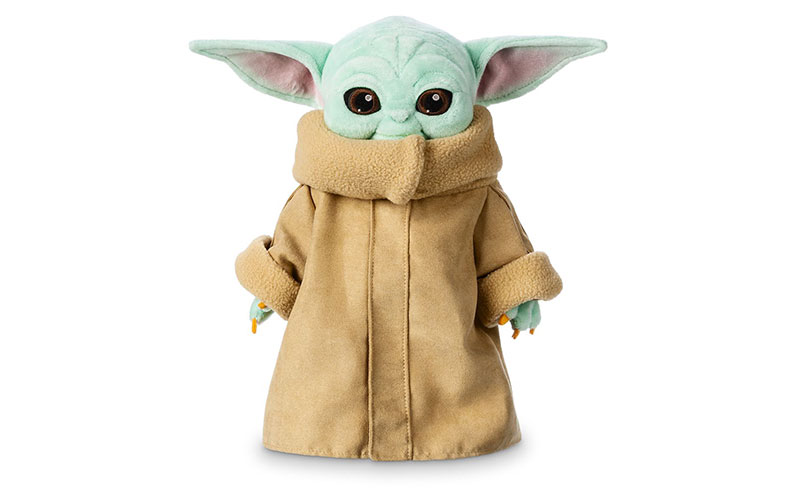 Disney finally has an officially licensed Baby Yoda plushie, and it looks awesome. The Mandalorian has seen an odd lack of official Baby Yoda merchandise, which is especially strange for a Disney property, and fans have taken to sites like Etsy to pick up some unofficial items. After all, one can never get enough of Baby Yoda, who may just be the most precious thing in the Star Wars universe.

Disney's Baby Yoda toy is dubbed The Child Plush, and it stands at 11 inches tall and costs US$24.99. Unfortunately, you'll have to wait pretty long to receive it as it isn't slated to ship till 12 March 2020. You're also limited to just one plushie per order, so Disney is clearly anticipating high demand for it.

The Baby Yoda plushie features a faux suede coat and fuzzy trims, in addition to a "soft, squeezable fill". We all want to squish Baby Yoda and smother him with hugs, and this is the perfect toy for that.

As it turns out, there's a good reason why Baby Yoda merchandise arrived so late. The Mandalorian already has a full Hasbro line of toys, which includes the Mandalorian himself, Cara Dune, and even an AT-ST raider, so everyone was clearly wondering where Baby Yoda was. According to Entertainment Tonight, showrunner Jon Favreau specifically requested that Disney not risk Baby Yoda being leaked through toy makers, asking to push back the order period for the toys.

Favreau definitely has the right idea. An Infinity Gauntlet in Iron Man's colours hinted that Tony Stark would end up wielding the stones, while a Topps' trading card set for The Empire Strikes Back pretty much gave away the entire plot of the movie weeks before it released.

But fret not. Baby Yoda is officially here now, so you can expect a glut of toys from the usual names. How about a Baby Yoda Funko Pop?