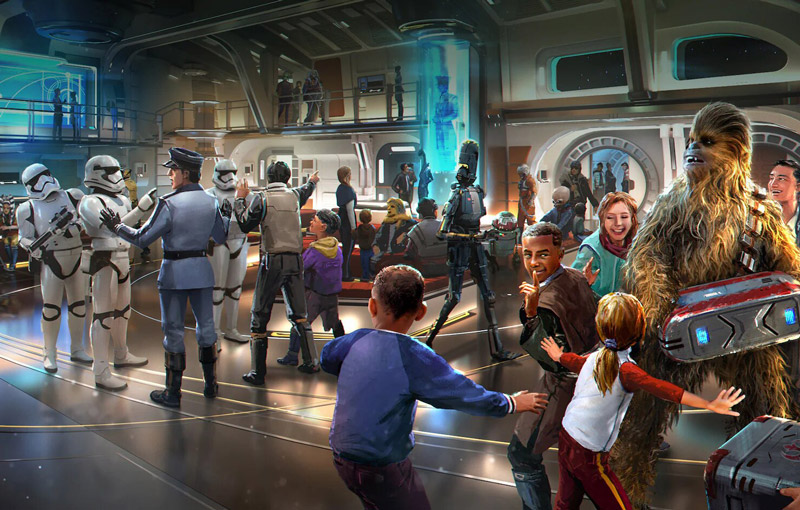 Disney has revealed pricing for its new fancy Star Wars hotel - Star Wars: Galactic Starcruiser, which has been billed as a, “two-night adventure.” It aims to go far beyond the average hotel experience, but it’s going to cost you a pretty penny too.

According to the company’s website, the hotel throws groups of visitors into a first-of-its-kind immersive Star Wars story. Things kick off when visitors board a launch pod and rendezvous with the Halcyon starcruiser, after which they can stay in a cabin or suite. An eclectic collection of characters reside on the ship for visitors to interact with, and you can go so far as to plot a secret mission with them.

The itinerary takes visitors on a pretty wild adventure, as they explore the inner workings of the starship, choose their path, learn to wield a lightsaber and jump on a transport to the planet Batuu - which leads them to the next half of their mission at Star Wars: Galaxy’s Edge. While on the ship, they can also indulge in, “exotic galactic cuisine," which probably involves lots of blue/green milk.

If all of that sounds fantastic, let me bring the mood down just a tad. According to Disney, rates will vary depending on, “your voyage departure date, the number of guests in your cabin and your cabin type.” A two-night stay in a cabin for two people will start at US$4809. For three guests (two adults and one child), you’ll have to fork out US$5299. For four guests (three adults, one child), it’ll cost you US$5999. If you have two kids, this is a great way to turn your home into the Hunger Games.

It might cost a bomb, but maybe the memories are worth it? If you shell out, you don’t just get a two-night stay at this hotel. You also get admission to Disney’s Hollywood Studios and Star Wars: Galaxy’s Edge. Also, you get valet parking, which is neat. The Galactic Starcruiser will begin welcoming passengers in Spring 2022, so you have plenty of time to save up. You're going to need it.