Marvel Studios' WandaVision will premiere on Disney+ in January

Marvel Studios' WandaVision will premiere on Disney+ in January 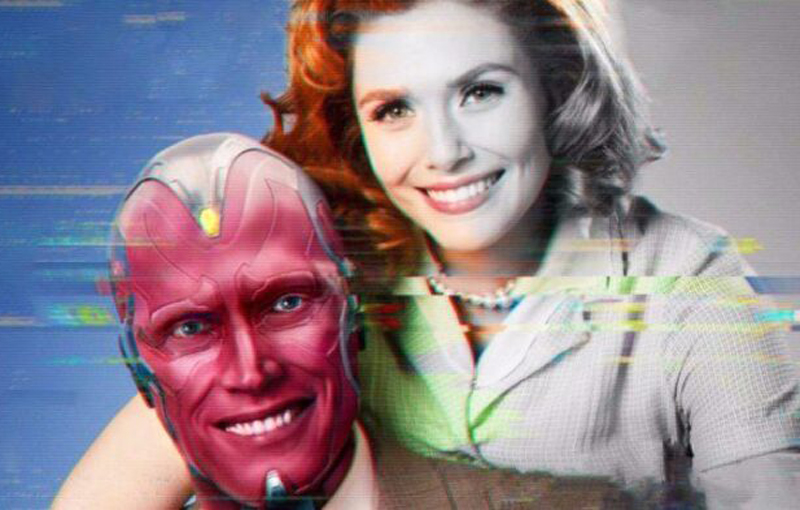 Just in time for the end of The Mandalorian Season 2!

Marvel Studios has finally announced a release date for WandaVision: January 15, 2021. The limited series will premiere exclusively on Disney+, marking the first of multiple upcoming superhero shows set in the Marvel Cinematic Universe to hit the streaming service.

The date was announced on Disney+’s official Twitter account, along with a brief teaser video that doesn’t give away much. Thanks to an earlier report from Entertainment Weekly, we know that the monochrome imagery comes from WandaVision’s first episode, which serves as a homage to classic black-and-white sitcoms of the 1950s. It was even filmed with a live studio audience!

Don’t be fooled by its campy looks, however. An earlier teaser for the show revealed a darker side of the story, suggesting that there are some reality-warping shenanigans afoot. Vision and Wanda Maximoff (AKA the Scarlet Witch) are happily married in a suburban neighbourhood, but as you might remember from Avengers: Infinity War - Vision is dead. What exactly is going on here?

Disney+ is planning to put out many more MCU-set superhero TV shows with big budgets, and WandaVision will only be the first of them. Next up is The Falcon and the Winter Soldier and Loki. More series are already in pre-production, such as Hawkeye, Moon Knight and She-Hulk. A TV series centered on Ms. Marvel has already begun filming, too. More information on upcoming Disney+ TV shows can be found here.

While WandaVision’s new January date means that the MCU is skipping an entire year for the first time in a decade, it does give you more time to catch up on The Mandalorian’s second season before it ends. Don’t forget - Disney+ has big plans for the Star Wars universe too.

Our articles may contain affiliate links. If you buy through these links, we may earn a small commission.
Previous Story
Leica's new Q2 Monochrom will let you take 47MP black-and-white photos for S$8,950
Next Story
Apple iPhone 12 mini and iPhone 12 Pro Max launches in SG, telcos and customers rejoice