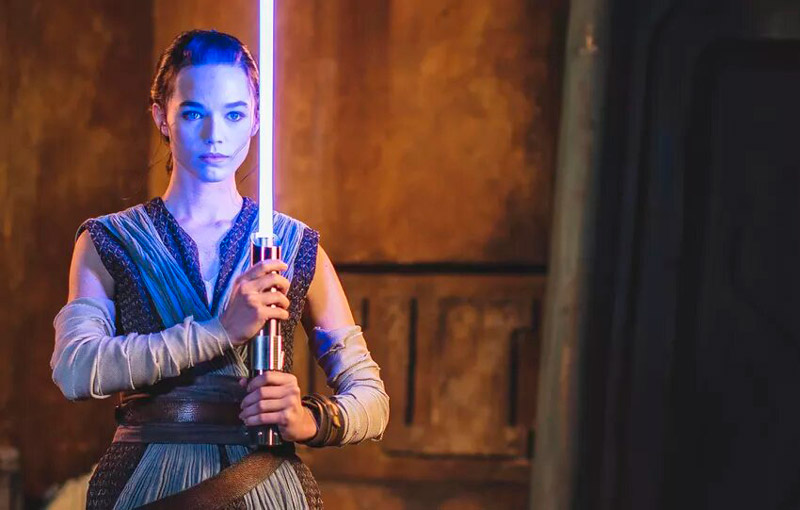 So much potential for toys!

Disney’s chairman of the parks Josh D’Amaro teased that the company was working on a ‘real’ lightsaber during their recent ‘A Special Look Inside Disney Park’ virtual conference. Yesterday was Star Wars Day, so of course Disney took the opportunity to reveal first-look footage of the retractable lightsaber in all of its jaw-dropping glory.

This video is technically an ad for Disney’s upcoming Star Wars: Galactic Starcruiser hotel, designed to be a two-night interactive experience for fans of the franchise. The toy lightsaber above will be featured in the park, and it’s a pretty ingenious invention too. Previously, fans would have to choose between plastic collapsible lightsabers unsheathed with a flick of the wrist, or lightsabers with a rigid fiberglass blade full of LED lights that couldn’t be retracted.

This lightsaber is a little different. According to developer Ben Ridout and a 2018 patent by Disney, the new toy has a blade made up of two strips of translucent plastic. These strips are flexible enough to coil like a tape measure, but strong enough to stand on their own and emit light once unsheathed. A video below from Ridout visualises how it works:

It won't melt through metal blast doors, or cut off your hand, but it does feature an illuminated blade that will extend and retract at the push of a button.

This animation shows the concept behind the tech. pic.twitter.com/e7fwP06CxF

So, no - it’s not a hologram, and it’s not pure magic. It’s just a brilliant new innovation in lightsaber technology - though you still won’t be able to use it to slice people’s arms off. One can only imagine how much these things would end up costing, though. Disney’s Star Wars theme park Galaxy’s Edge already sells lightsabers for US$199.99 apiece, and these new toys are bound to be a lot more expensive than that.