The rest of Disney's 2021 movies will premiere exclusively in theaters

The rest of Disney's 2021 movies will premiere exclusively in theaters 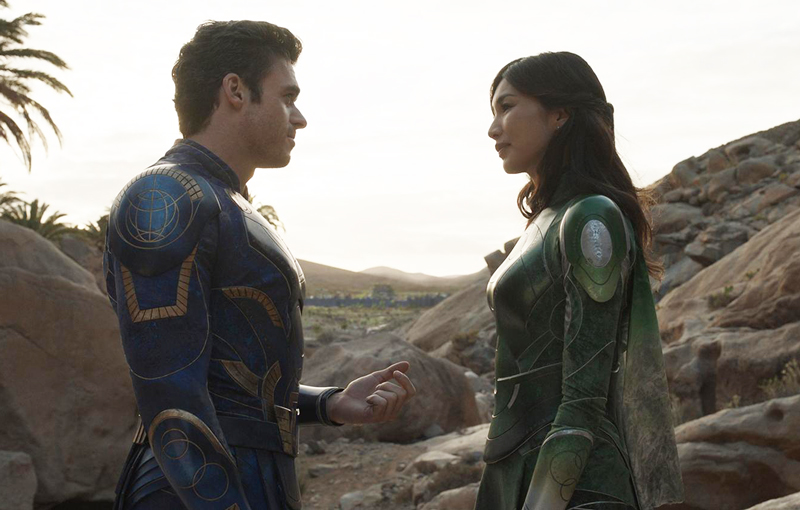 You’ll have to wait awhile to stream these films.

Disney has announced that its remaining slate of 2021 movie releases will debut exclusively in theaters, before heading to Disney+. That means you won’t be able to stream movies like Eternals and West Side Story at home the day it’s released.

Following the tremendous box office success of our summer films which included five of the top eight domestic releases of the year, we are excited to update our theatrical plans for the remainder of 2021. As confidence in moviegoing continues to improve, we look forward to entertaining audiences in theaters, while maintaining the flexibility to give our Disney+ subscribers the gift of Encanto this holiday season.

Walt Disney Animation’s new musical Encanto will hit theaters on 24 November, and then head to Disney+ 30 days later on 24 December. The rest of Disney’s 2021 slate will have, “a minimum 45-day exclusive theatrical release,” including the following titles:

Before Shang-Chi and the Legend of the Ten Rings exclusively released in theaters, Disney had given some of its movies day-and-date releases on Disney+ via Premier Access - such as Raya and the Last Dragon and Black Widow. The latter movie put Disney in hot water recently, when lead actor Scarlett Johansson sued the company for its Disney+ release.

It’s possible that Disney wants to avoid further controversy by sticking to theatrical releases. However, the company might also view Shang-Chi’s box office success as a sign that the theater scene is improving, and the rest of their 2021 slate can perform well without streaming.

Join HWZ's Telegram channel here and catch all the latest tech news!
Our articles may contain affiliate links. If you buy through these links, we may earn a small commission.
Previous Story
Apple will pay artists and creators for tracks used in DJ mixes using Shazam's music identification tech
Next Story
Insomniac Games is working on a Wolverine standalone title alongside Spider-Man 2