For the first time in years, digital camera companies have posted increases in net sales, and CIPA’s latest reports show that camera sales are better compared to last year despite the enduring depressed status of the global economy.

Some things that stand out are the continuing fall of compact fixed lens cameras, while Interchangeable lens cameras (ILCs) continue to grow. Nikon, Sony and Olympus all reported growth in sales compared to last year, and Fujifilm reported strong sales in their premium digital camera X Series while compacts saw a continued decline.

Olympus noted an increase of about 15.9% in net sales from the previous year, with the Imaging Systems Businesses returning to profitability. Sony on the other hand, noted a 3.5% increase year-on-year on Digital Imaging Products (compact digital cameras, interchangeable single-lens cameras and video cameras) and Professional Solutions (broadcast and professional-use products), something they attributed to a better product mix of digital cameras that reflected the current trend in demand towards high value-added products, and the effect of foreign exchange rates.

Overall though, the consensus is that Digital Imaging products (ie cameras) are finally starting to see positive sales trends, so it’ll be interesting to see how the following months pan out. 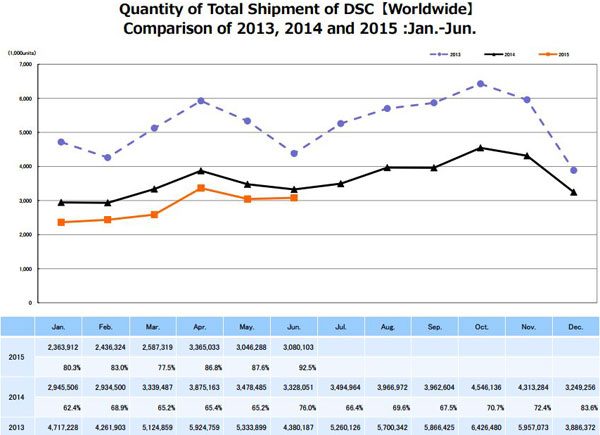 As the chart above shows, the overall sales for digital camera showed signs of increasing for the first half of this year compared to last year. 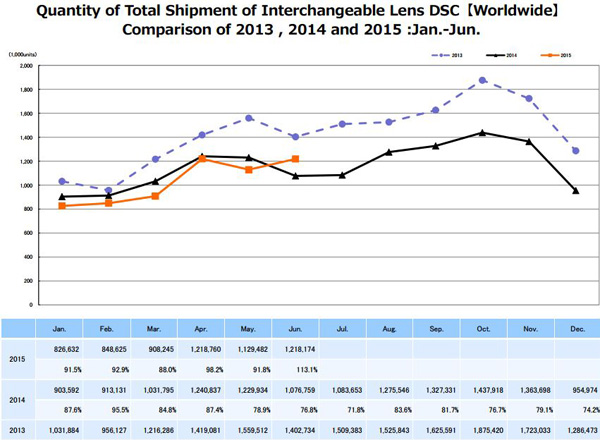 This chart shows that the growth was driven by growth in the Interchangeable lens camera category. (Both mirrorless and DSLRs.) 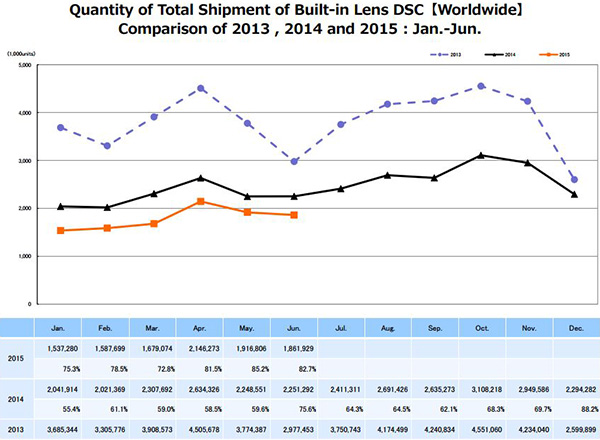 Fixed lens cameras however, continued the downward trend, indicating that the overall growth above has been fueled largely by growth in ILCs. This certainly seems to be the case, with many consumers using either their mobile phones or an ILC as their main camera.

Join HWZ's Telegram channel here and catch all the latest tech news!
Our articles may contain affiliate links. If you buy through these links, we may earn a small commission.
Previous Story
HBO content now available to StarHub online streaming service users
Next Story
Skin your iPhone 6S in gold and diamonds