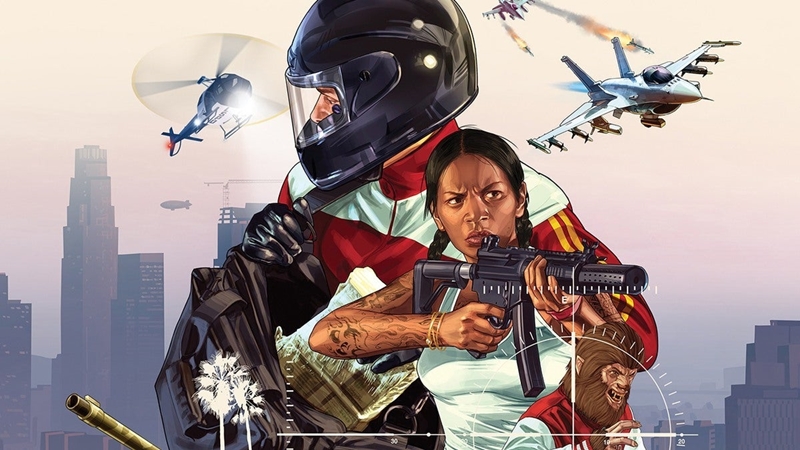 We get it, guys – Rockstar Games is taking its own sweet time to announce anything regarding Grand Theft Auto VI, but at the same time we highly doubt causing a ruckus on live TV is going to speed up its development schedule.

Case in point, a diehard GTA fan recently crashed a segment on a German game show called Schlag den Star requesting that the show’s host, Alexander “Elton” Duszat demand updates on the progress of GTA VI’s development. But as amusing as entertaining such a request might be, Duszat politely (and naturally) declined to do so, and the man was eventually escorted off stage by the show’s security crew.

Although many folks might simply dismiss this as a post-Gamescom guerrilla marketing stunt from Rockstar, Duszat’s apparent confusion at the interruption, not to mention that of the show’s viewers certainly suggests otherwise. The fan’s outburst could very well be a spur-of-the-moment swelling of GTA pride, although our best guess is that he was probably dared to do so.

If anything, we'll definitely give him that "A" for unorthodox approaches.

On a more serious note, it would in fact be nice to have some proper news from Rockstar about GTA VI, though it definitely goes without saying that there are much more dignified ways to ask such questions than running amok on a game show. There have been a couple of leaks thus far that suggest the game is still quite far off, but for now, we don’t mind having a good laugh at the situation!

Join HWZ's Telegram channel here and catch all the latest tech news!
Our articles may contain affiliate links. If you buy through these links, we may earn a small commission.
Previous Story
De'Longhi launches La Specialista Prestigio espresso machine and a Brad Pitt ad, Nespresso better watch out
Next Story
First images from the new Resident Evil movie reveal Leon, Claire and more