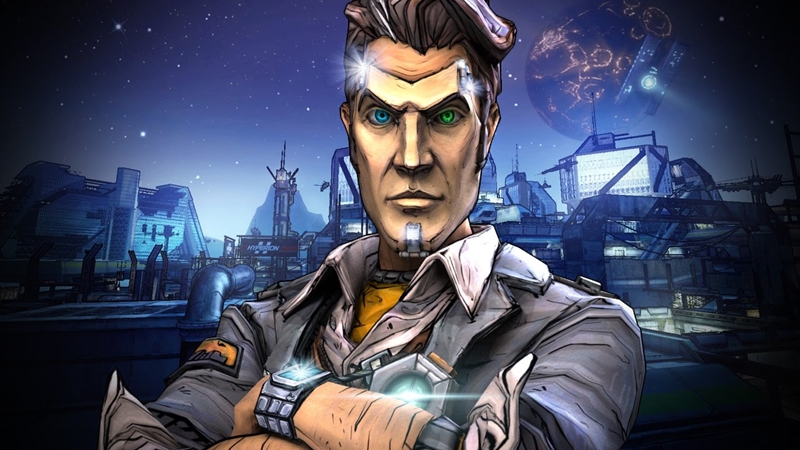 With gaming and esports becoming as prominent as they are, it should come as no surprise that more and more games are getting their own movie and TV adaptations. If you need a good example, just take a look at Netflix's adaptation of The Witcher, which stars Henry Cavill as the gaunt, moody Geralt of Rivia.

But we're not here to talk about that. We're here to discuss more sensible pursuits, like meat bicycles and ribcage spelunkers. Yes, it's regarding the Borderlands movie, which was announced way back in 2015, although we've had hardly any updates on its development since then.

According to a since-deleted tweet by Gearbox boss Randy Pitchford, which Kotaku managed to capture before it got removed (cheers, by the way), it seems that Hostel director Eli Roth will be taking charge of the Borderlands movie adaptation. 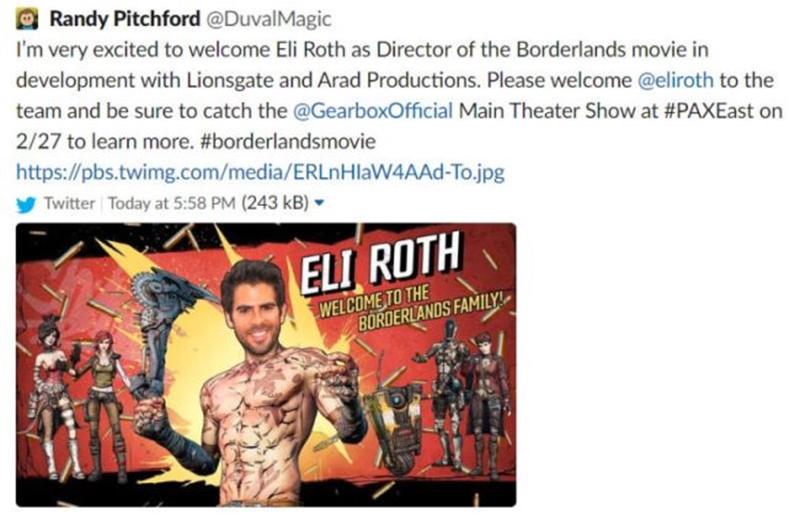 Now, we get that Roth doesn't have the most impressive track record where movies are concerned, but you have to admit that the man likes his gore. Still, while senseless violence and mayhem are a big part of the series' identity, the enrapturing story of the Vault Hunters is what makes up the other half of the pie. So, if the movie is unable to capture that essence and balance it with the gore, it might as well be a Borderlands-styled remake of Jackass 3D.

Anyway, it doesn't hurt to be optimistic - the movie might actually turn out to be decent. As for the casting, some of the folks at Gearbox, such as Creative Director Paul Sage, have already offered their two cents worth on who they'd recommend for the more prominent roles. Sage says he wouldn't mind seeing Dwayne "The Rock" Johnson as Claptrap, which would be really amusing if you think about it. Personally, I think he'd make an excellent Brick instead, with Jim Carrey voicing the airheaded robot in his place.

Join HWZ's Telegram channel here and catch all the latest tech news!
Our articles may contain affiliate links. If you buy through these links, we may earn a small commission.
Previous Story
HWM+HardwareZone.com Tech Awards 2020 honours 59 brands and products
Next Story
PlatinumGames is teasing a big announcement for February 27