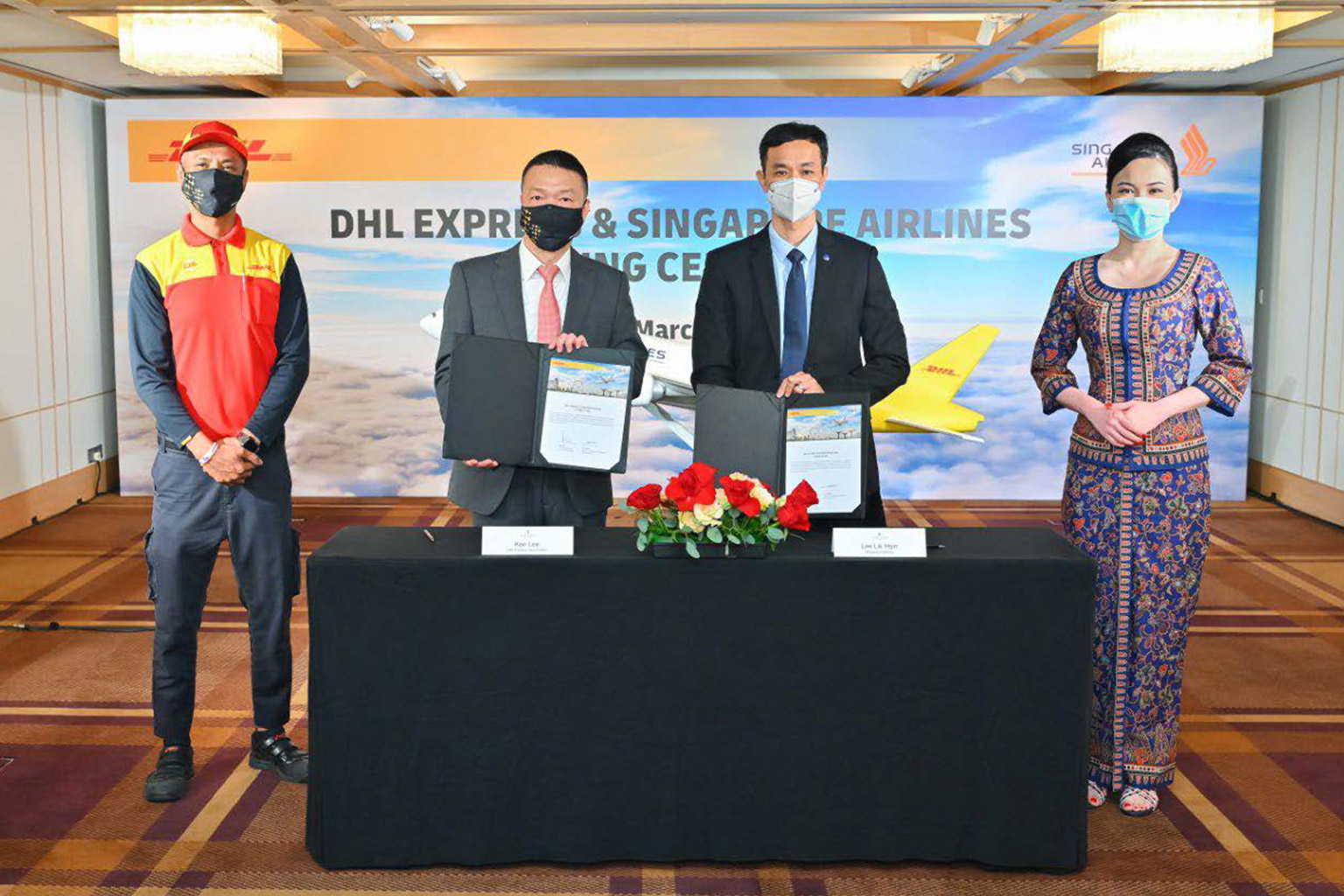 Mr Travis Cobb, Executive Vice President Global Network Operations and Aviation, DHL Express, said: “With the deployment of five Boeing 777 freighters, we can expand our express service linking the Asia Pacific region with the Americas. Following the pandemic, we see good prospects for strong growth in trans-Pacific trade lanes. By collaborating with Singapore Airlines, we see a unique chance to establish a long-lasting relationship with a long time partner who shares common values and operates at the highest standard.”

Based at Singapore’s Changi Airport and serving DHL’s South Asia Hub there, the freighters, which will sport a dual DHL-SIA livery, will be operated by SIA pilots on routes to the United States of America via points in North Asia. SIA will also oversee the maintenance of these aircraft.

The initial agreement is set for more than four years with the opportunity for an extension. As part of the agreement, the first aircraft delivery will be in July 2022, with the second in October 2022. The remaining three aircraft are planned for delivery throughout 2023.

Mr Lee Lik Hsin, Executive Vice President Commercial, SIA, said: “Today’s agreement builds on and strengthens the long-standing partnership between SIA and DHL. This new freighter operation will support the fast-growing e-commerce segment, in addition to other key business segments that rely on trusted express services that DHL excels in providing. It also provides a foundation on which the partnership between SIA and DHL can be further expanded in the future. Basing these freighters at Changi Airport will further reinforce Singapore’s position as a key air cargo and e-commerce logistics hub, contributing to its growth and development.”

Join HWZ's Telegram channel here and catch all the latest tech news!
Our articles may contain affiliate links. If you buy through these links, we may earn a small commission.
Previous Story
Prism+ launched its first OLED Smart TV lineup and debuts soundbar solutions
Next Story
The IT Show Festival kicks off 11 days of deals and offers