DevilRobbber Steals from Unsuspecting Users in Every Sense of the Word

DevilRobbber Steals from Unsuspecting Users in Every Sense of the Word

According to Sophos, there is a Mac OS X malware named DevilRobber that's found embedded in pirated copies of image editing software Graphic Converter. After infecting the Mac system, it attempts to steal personal information by taking screen captures and logging usernames and passwords. 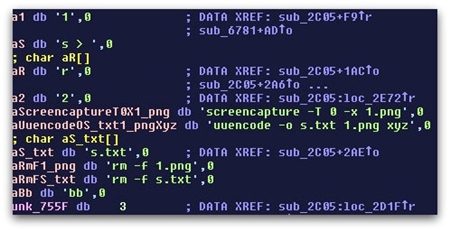 Besides prying private information, DevilRobber tries to generate Bitcoins, the currency of the anonymous digital cash system, by stealing lots of GPU processing time. GPUs are much better than regular CPUs at performing the mathematical calculations required for Bitcoin mining. To complete its attack on the Mac system, DevilRobbber also attempts to empty any Bitcoin coffers found on the system.

Mac OS X users are protected against this malware as long as they have updated their virus protection and have not installed any pirated copies of Graphic Converter. They are also advised to refrain from using software from untrusted sources, and use a malware scanner with updated definition files to protect their systems. Naturally, Sophos recommends using its free solution for non-commercial users, Sophos Anti-Virus for Mac Home Edition.