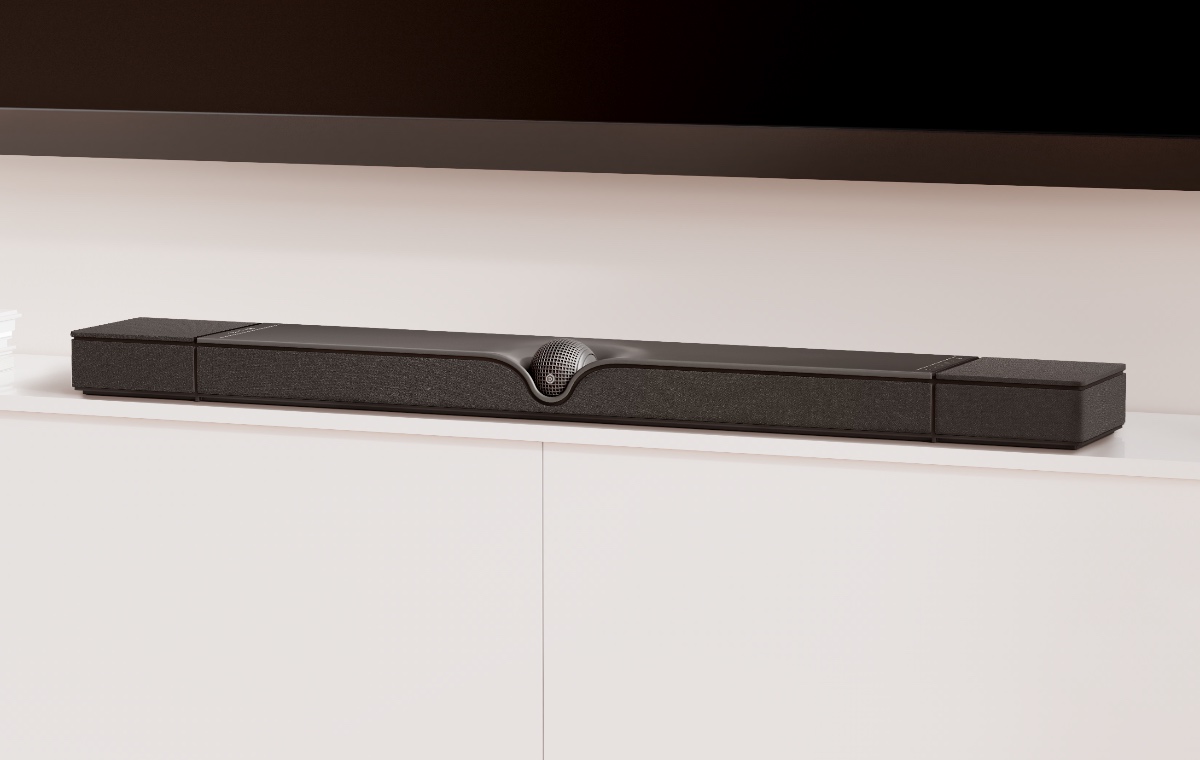 Devialet has just announced its first soundbar and it's called Dione. And as you'd expect from the makers of the Phantom speakers, the Dione features a striking design and over-the-top specs.

The thing that catches most people's eyes first is the orb in the middle. That's called the Orb and it's central to Dione's capability to accurately place sound (more on it later).

Like the Phantom speakers, Dione is made from premium materials. It has an anodised aluminium core is swathed in special acoustic fabric.

It's large and heavy too. Devialet's specifications table lists it as being 1.2 metres in width, 16.5cm in depth, and 7.7cm in height. It's also 12kg heavy. So you need to make sure you got the space for it.

At its heart, Dione is a Dolby Atmos 5.1.2 soundbar with a whopping 17 drivers. According to Devialet, there are 9 high-excursion full-range drivers and 8 long-throw subwoofers.

These drivers are controlled by Devialet's next-generation Devialet Intelligence Processor audio processing chip which consists of four Arm Cortex-A53 processors running at 1.25GHz. This processor manages all of Devialet's amplification and signal processing technologies, and even digital to analogue conversion. It supports digital signals up to 24-bit/96kHz.

It is this chip that makes features like ADE (Advanced Dimensional Experience) possible. With ADE, the Dione soundbar uses beamforming to detect its placement in an environment and automatically adjusts its output to produce the best listening experience. 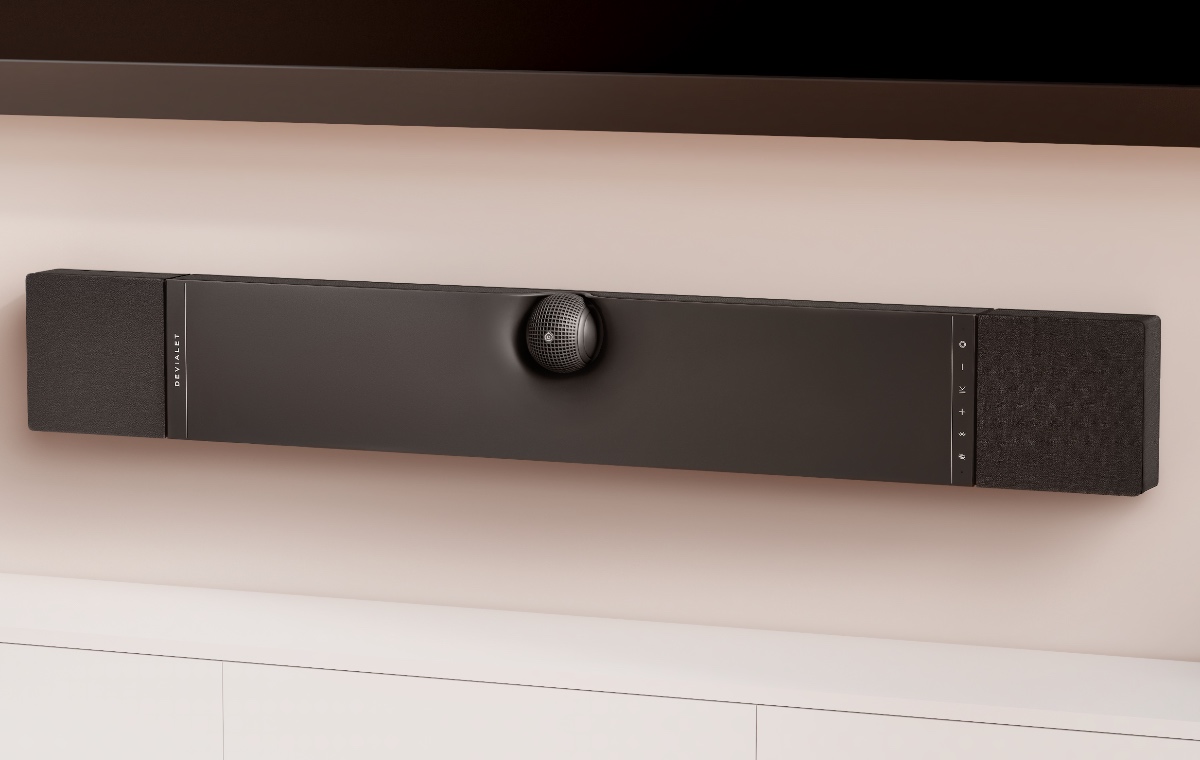 This works in conjunction with Orb, which is the mechanically adjustable central speaker. This rotating speaker ensures perfect front-facing orientation no matter the position of the Dione. Speaking of which, Dione can be wall-mounted too and the Orb itself can rotate a full 90 degrees to ensure it faces the right direction.

In terms of connectivity, Dione has a single HDMI 2.1 port with support for eARC/ARC and a single optical Toslink. On the wireless front, there's support for Bluetooth 5.0 (SBC and AAC), AirPlay 2, and Spotify Connect.

Like any modern speaker, Dione can be controlled and managed using an app – the Devialet app. Using the app, users can tweak their room calibration and change listening modes. There are four modes: movie, voice, music, and spatial (5.1.2 upsampling). Music lovers and audiophiles will be happy to know that music mode forces true stereo rendering. 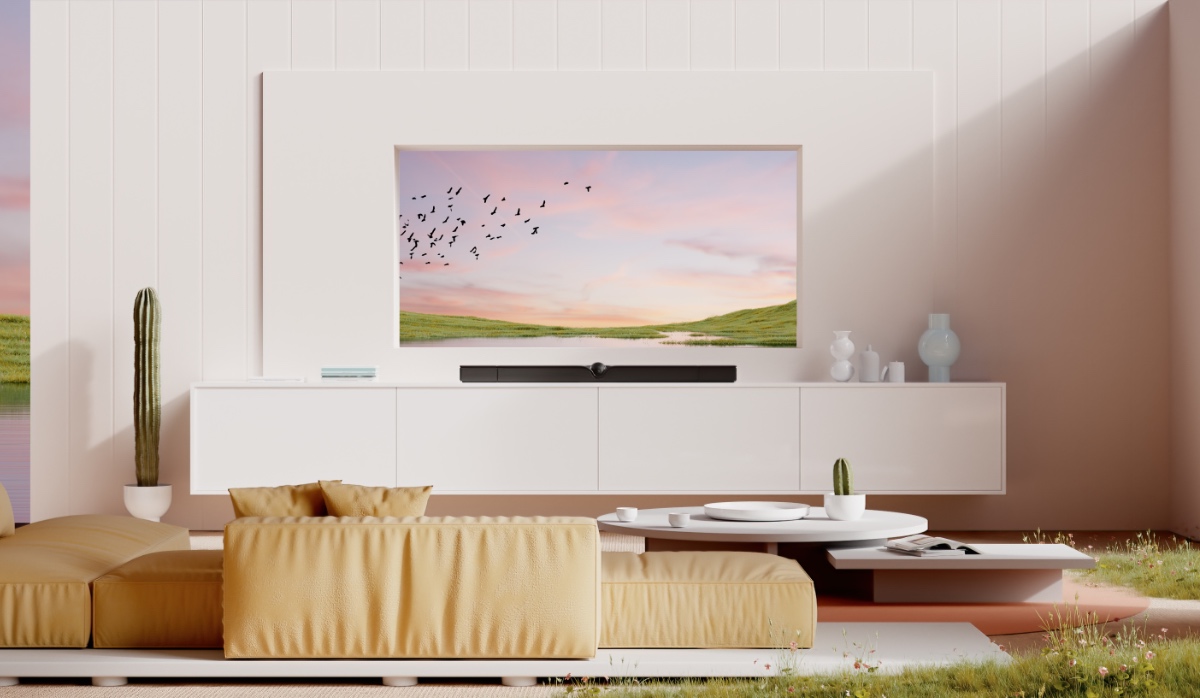 The Devialet Dione will be available soon in the coming weeks at Devialet retail stores at Ion Orchard, The Shoppes at Marina Bay Sands, and on Devialet's website. It is priced at S$3,790.

Join HWZ's Telegram channel here and catch all the latest tech news!
Our articles may contain affiliate links. If you buy through these links, we may earn a small commission.
Previous Story
Xiaomi's future flagship phones may come with Leica-branded cameras
Next Story
Dell's new XPS 13 Plus looks like it doesn't have a trackpad, and is that a touch bar? (Updated)