Based on their Gold Phantom, the Immersive Theater System demonstrated at CEDIA is a 5.5 array that has a power output equivalent to eight regular Phantoms. At such power, the maximum volume of the 5.5 system has a maximum volume of 108dB, which is roughly the volume heard at a live rock concert or when a jumbo jet takes off. 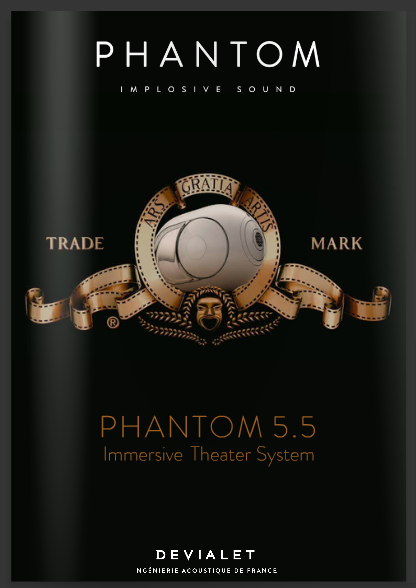 The Phantom Immersive Theater System (also called the Phantom 5.5) is capable of reproducing bass frequencies at 14Hz, and it comes with tweeters that go up to 27,000Hz. Both bass and tweeters are driven by a new Analog Digital Hybrid Amplification core. The system has a total harmonic distortion level of 0.00001 percent.

To deliver richer sound, the Phantom Immersive Theater System uses an exclusive low-frequency effects channel by Dolby. It is specially designed for low-pitched sounds, and it makes the audio sound cleaner and more powerful as a whole. This new sound system supports all types of lossless audio formats. It’s finished off in a 22kt Rose Gold highlight exterior.

As this audio monstrosity was only just announced, there’s no price and availability yet.

Join HWZ's Telegram channel here and catch all the latest tech news!
Our articles may contain affiliate links. If you buy through these links, we may earn a small commission.
Previous Story
Did a rush to beat Apple cause the Samsung Note7’s battery problems?
Next Story
The Epson Moverio BT-300 smart glasses aim to set a new standard for augmented reality