Destiny 2: Beyond Light launches today, ushering in a new chapter for the game

Destiny 2: Beyond Light launches today, ushering in a new chapter for the game 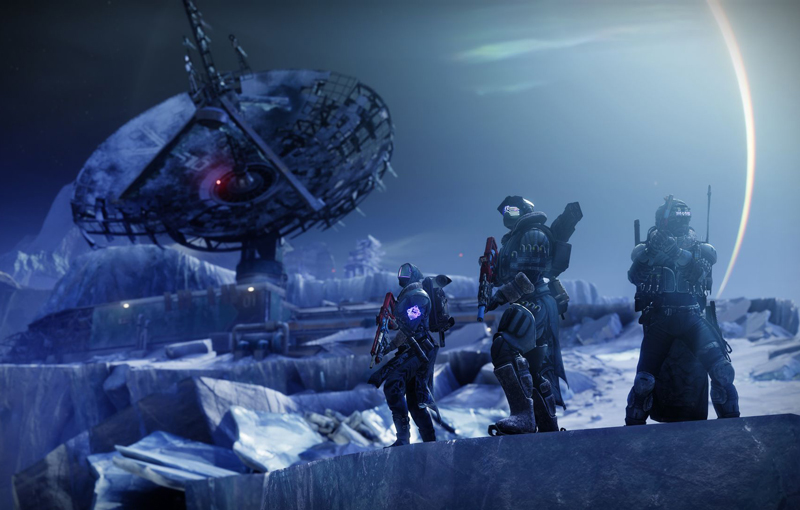 Developer Bungie has launched Destiny 2’s next big expansion today: Beyond Light. This will be the first in a trilogy of expansions that will define the game for years to come, opening up an entirely new chapter in its story. A new season of content entitled Season of the Hunt will also debut with a new story campaign on November 18, 2020.

Watch the launch trailer below:

Season of the Hunt and Beyond Light both serve to continue the tale of the Guardians, as they battle to save humanity. Beyond Light will have players explore Europa and fight Eramis, the Fallen Kell of Darkness, who seeks to control the new power of Stasis. Elsewhere in Season of the Hunt, Guardians will participate in Wrathborn Hunt events and battle the Hive God of War, Xivu Arath. So you know, not that God of War.

A new Destiny 2 expansion means a new raid. Beyond Light introduces the Deep Stone Crypt raid, which requires six Guardians to work together to fight for their lives in Europa. The raid launches on November 22, 2020. Until then, you’ll be able to check out the game when it comes to PlayStation 5, Xbox Series X and Xbox Series S.

Your game purchases on current-gen consoles will also transfer over to Xbox Series X/S and PS5 for free. The next-gen versions of Bungie’s shooter will include faster loading times, cross-generation play, 4K resolution, 60 fps, FOV sliders and more! Find more information on the Beyond Light expansion here.

Previous Story
Sony has updated the PlayStation 4's Remote Play so you can stream your PS5 games on it
Next Story
Realme's new C15 brings 18W fast-charging and a whopping 6,000mAh battery