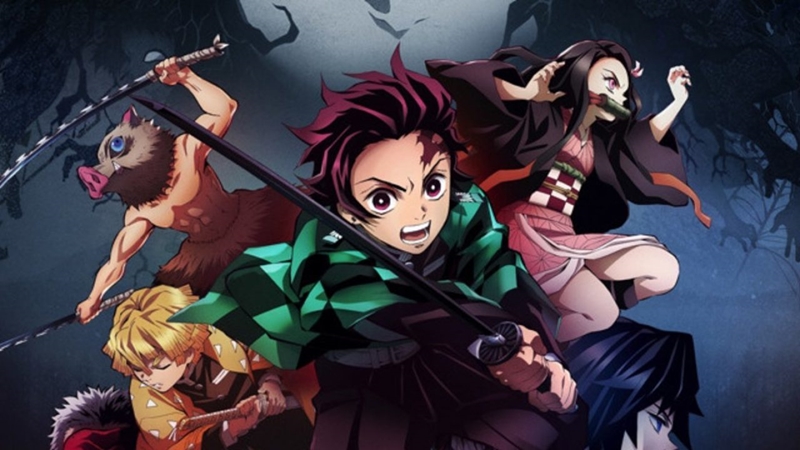 Sheathe your swords, pack your little sisters into backpacks and get on the train - we're heading out to savour the old-school Japanese nightlife experience in Demon Slayer: Kimetsu no Yaiba's second season, which is expected to arrive sometime later this year.

According to a tweet by Twitter user @aitaikimochi, who posted an English subbed version of the new "Entertainment District" arc announcement trailer, Tanjiro and the rest of the gang along with "Sound Pillar" Uzui Tengen will be waltzing through the streets of the Yoshiwara entertainment district, which the trailer describes as "A night city where the desires and charms of men and women swirl within a tempest of love and hate.". You can catch the trailer below if you haven't seen it yet, though we would also like to inform you that it might unlock a new technique called Heavy Breathing.

As you might expect of a nightlife district from that era, the city features traditional Japanese architecture and a multitude of geishas and given that it's Demon Slayer, we can also look forward to some thrilling demon-killing battles. In fact, the trailer already shows off a scene of Tanjiro using Water Breathing: Fourth Form, but it cuts out to the title image right after he lunges forward. Aww.

Speaking of which, the animation is in good hands too. For those who enjoyed the first season (didn't we all?) and the jaw-dropping chart-topper film that was Mugen Train, studio ufotable is once again taking the wheel for the Yoshiwara arc, which is all we needed to know if you ask me.

Join HWZ's Telegram channel here and catch all the latest tech news!
Our articles may contain affiliate links. If you buy through these links, we may earn a small commission.
Previous Story
Apple Watch battery still not charging after the latest update? Well, Apple will fix it for free!
Next Story
Sony hit with a class action lawsuit over drifting PlayStation 5 controllers