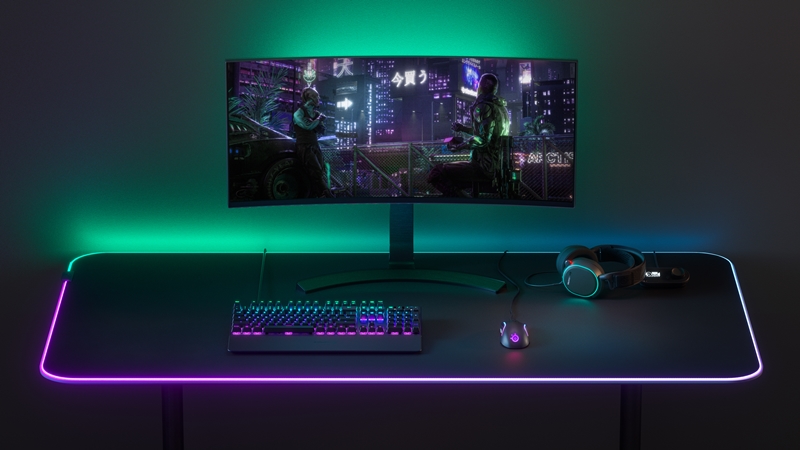 Barely two days after the debut of their Prime series gaming equipment on Tuesday - it seems that SteelSeries have decided to keep the tempo going with yet another wave of releases, and this second round introduces us to two more pieces of tech - the Rival 5 Ultimate Gaming Mouse, and the Arctis 9 dual wireless gaming headset for PC and PlayStation.

Inspired by the concept of the chameleon, the Rival 5 mouse is crafted based on three main factors: Fit, Function and Fashion. Built on a sleek ergonomic design that provides both top-class comfort and performance, the Rival 5's essentially has two sets of "teeth". The first are its Golden Micro IP54 switches, which not only feature a whopping 80 million click lifespan, but are also tailored to offer enhanced water and dust resistance. 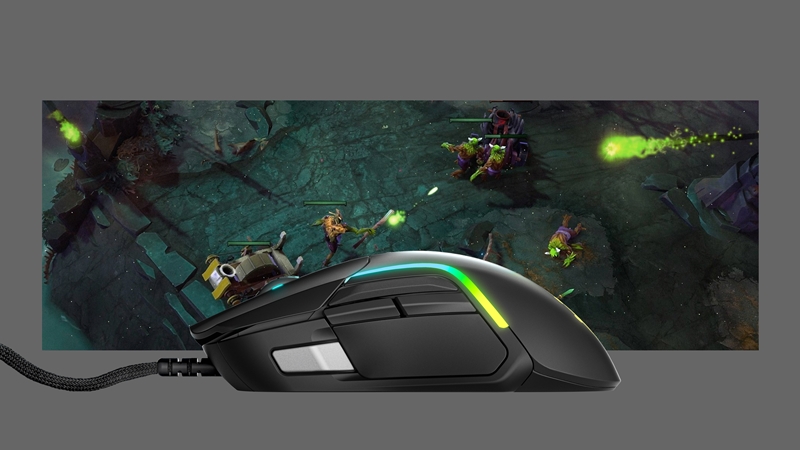 As for the other, there is a set of 9 fully-programmable buttons on the side that can be allocated to important hotkeys, as well as a 5-button quick action side panel layout with a toggle switch to accommodate split-second inputs on the fly. Finally, a TrueMove Air Sensor like the one on the Prime Wireless mouse provides custom 1-to-1 tracking with 18,000 CPI, 400 IPS, 40g acceleration and tilt tracking to help prevent any instances of unwanted tracking, which can happen quite often in high-intensity competitive games like Apex Legends and Dota 2.

Of course, the aesthetics haven't been sidelined in favour of performance alone. There are a total of ten Brilliant PrismSync Lighting-enabled zones spread out over the mouse, offering a 16.8 million colour palette which can not only be synchronised with other SteelSeries products, but can even be programmed to "react" to in-game cues. 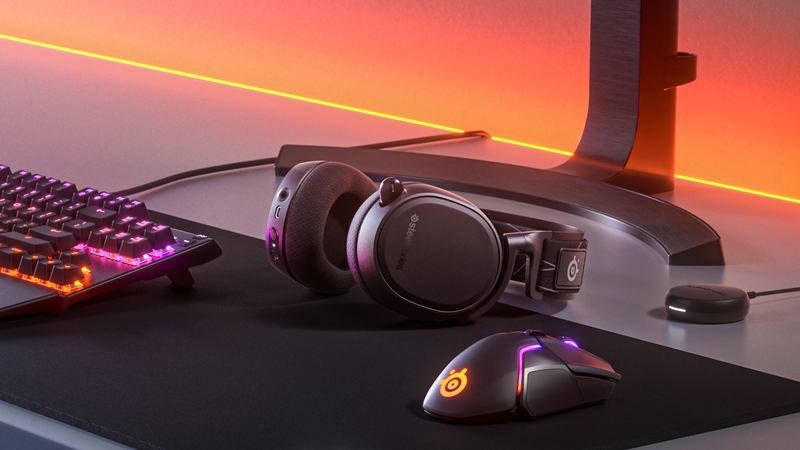 As for the Arctis 9, this snazzy headset is actually quite a viable contender if you're not fond of wired headsets, with SteelSeries dropping an additional mention that it's also compatible with the PlayStation 5. Following in its predecessors' footsteps, the Arctis 9 brings the same critically-acclaimed Arctis soundscape (including DTS Headphone: X v2.0) and Discord-certified ClearCast microphone utilised by its brethren to bear, the latter of which can be adjusted as necessary via the on-ear ChatMix controls.

In terms of the external design, the headset sports comfy Airweave fabric ear cushions mounted on a ski-goggle-style suspension headband, which SteelSeries has opted to reinforce to enhance both the fit and durability. Wrapping it all up is an optimised battery providing 20 hours of non-stop use on a single full charge, which should be more than enough for even the most intense Friday night gaming sessions.

Regarding price and availability, both the Rival 5 gaming mouse and the Arctis 9 wireless headset, like the company's Prime merchandise can be purchased from the SteelSeries's official stores on Lazada and Shopee and all other authorised retailers. Unsurprisingly, the former is much cheaper than the latter - the Rival 5 is currently retailing for S$119, while the Arctis 9 goes for roughly three times that at S$349.

Join HWZ's Telegram channel here and catch all the latest tech news!
Our articles may contain affiliate links. If you buy through these links, we may earn a small commission.
Previous Story
New Apple Arcade additions include a Zelda-inspired game and a chaotic racer
Next Story
Despite being difficult to buy, Sony has sold over 10 million PS5 consoles