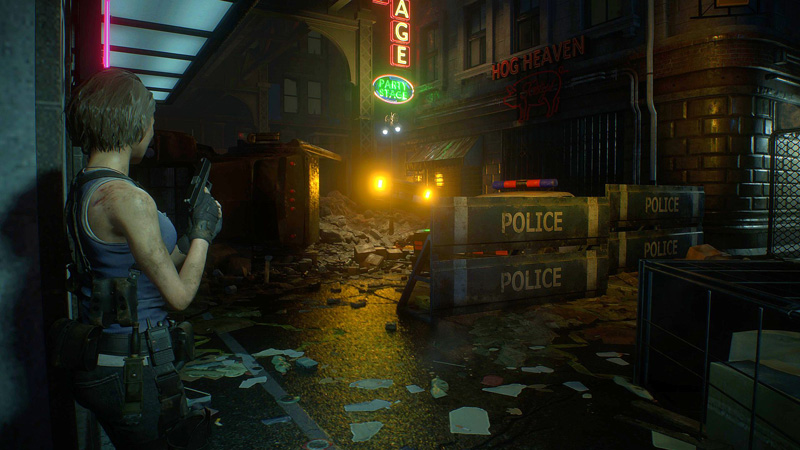 Stuck at home? Practicing social distancing? Boy, do I have good news for you.

Capcom has announced that they will release the Resident Evil 3 Raccoon City Demo on March 19, 2020 - just in time for those at home to kill time before Animal Crossing: New Horizons and Doom Eternal come out.

The demo will allow players to get their hands on a short playable snippet of the upcoming remake, taking control of Jill Valentine navigating the chaos of Raccoon City. Capcom has also hidden 20 Mr. Charlie statues all around the demo for players to find, and if past Resident Evil demos are any indicator, players will be rewarded in the full game for finding all of them. Finishing the demo will also allow players to check out a new, exclusive cinematic trailer, so there’s that too.

The game has a higher focus on action than the survival-horror Resident Evil 2 Remake, but Capcom warns that players should still avoid going in all guns blazing. If Nemesis shows up out of nowhere and you left all your bullets in the heads of several zombies behind you, it’s going to be a pretty short demo.

Capcom will also release an Open Beta for Resident Evil Resistance on March 27, 2020. This Open Beta will let everyone try out the game’s multiplayer component, which pits several Survivors against a twisted Mastermind. The Survivors try to escape a twisted experiment, while the Mastermind tries to stop them with as many traps and monsters as possible in return. Survivors will have to fight off famous Resident Evil 2 bosses like Mr. X and William Birkin, so good luck!

Both the Resident Evil 3 Raccoon City Demo and Resident Evil Resistance open beta will be playable on PlayStation 4, Xbox One and PC platforms. The full game will launch on April 3, 2020 - which is just a few weeks away!