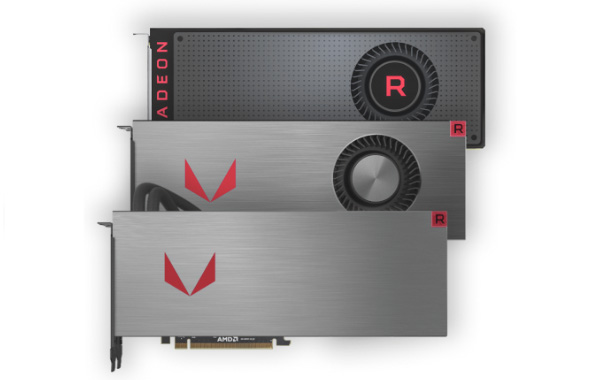 The cryptocurrency craze has had some interesting effects on the graphics card market.

Obviously, this isn't good for gamers but graphics card makers are also wary about overextending themselves, considering the volatility of cryptocurrencies, and producing more than they can sell.

In any case, AMD's performance advantage in mining certain cryptocurrency has had a positive effect so far for the company. 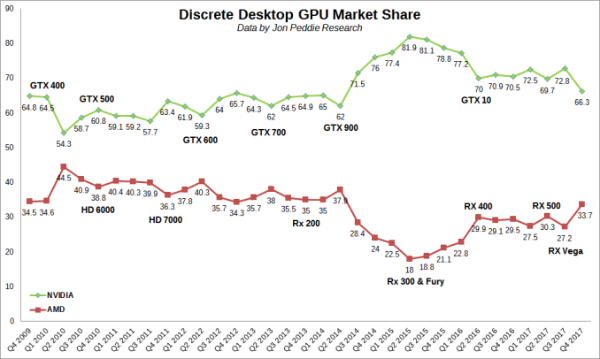 This is up 6.5% from the quarter before and it is the highest it has ever been for AMD since Q2 2014

The report also says that demand for high-end and mid-range graphics card continues to grow, whereas the market for mainstream entry-level cards is more or less the same.

Despite the strong demand for graphics card due to cryptomining, both AMD and NVIDIA have reiterated that their commitment is to gamers and will continue to monitor demand closely.

That said, they can't restrict sales of cards to miners so don't expect prices of graphics cards to fall any time soon.

Join HWZ's Telegram channel here and catch all the latest tech news!
Our articles may contain affiliate links. If you buy through these links, we may earn a small commission.
Previous Story
Aztech's new WIPC309HD Full-HD wireless IP camera enables affordable video surveillance
Next Story
Pioneer’s new Rayz Plus headphones let you charge your iPhone while you talk