Dell has expanded its workstation portfolio with its mobile and tower workstations - the Dell Precision M4800, M6800, T3610, T5610 and T7610 - designed to seamlessly run the leading content creation, engineering, scientific and other professional software applications.

With the new Dell Precision M4800 and M6800 mobile workstations, Dell is the first to bring a 15.6-inch Quad HD+ IGZO panel to the workstation market, with higher resolution than the Apple MacBook Pro Retina display, and the only to offer optional 10-finger Wacom multi-touch on a 17.3-inch display for intuitive control and interaction with creative and design applications. Dell has also improved audio performance with WAVES MaxxAudio Pro integration.

The new Dell Precision mobile workstations also deliver the highest performance with up to 16GB of 1866MHz memory, Intel Haswell i5 and i7 processer options up to Core i7 Extreme Edition, and AMD FirePro and NVIDIA Quadro professional graphics, with up to 8GB graphics memory on the M6800 configured with NVIDIA Quadro K5100M. 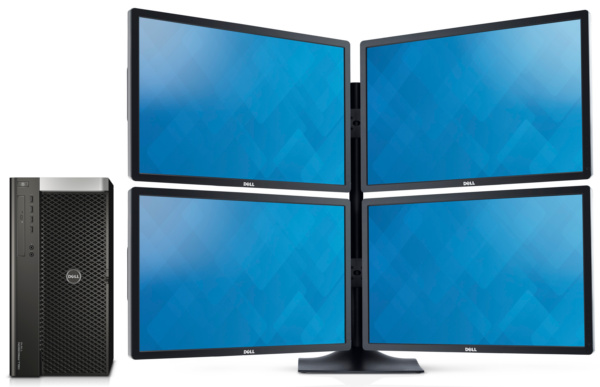 Dell is updating and offering new tools that enable maximum performance and reliability:-