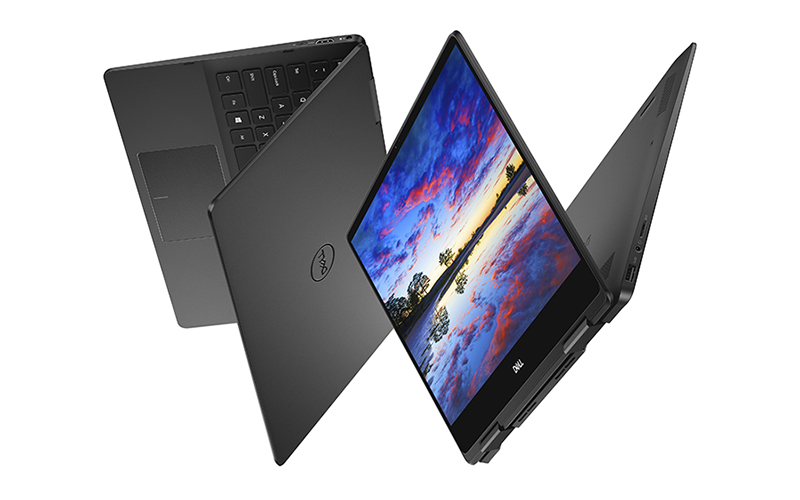 Updated on 27 September 2018: Added details on local availability and pricing.

For starters, the notebooks ditch their plastic build for a more premium machined aluminum chassis. The bezels have also slimmed down on the 13- and 15-inch models, so they look much more like their cousins in the XPS series. However, Dell managed to make room for a webcam in the top bezel, so you don’t have to put up with awkward camera angles.

The company says it could do this thanks to a new, miniaturized 2.7mm webcam that it’s using with the Inspiron 7000 systems. The 4-element lens webcam also supposedly offers better performance in low light, thanks to a technology called temporal noise reduction. In a nutshell, this technology employs an algorithm to differentiate between noise and useful detail in an image in order to produce a clearer image.

Hopefully, the new webcam will find its way into the XPS laptops as well and put an end to the bottom-mounted webcam.

All the laptops are equipped with Intel’s new 8th-generation Whiskey Lake processors, which come with Gigabit Wi-Fi capabilities. In addition, the 15- and 17-inch versions can be configured with optional NVIDIA GeForce MX150 graphics and Intel Optane Memory. On top of that, they come with a USB-C port that supports DisplayPort and USB-C Power Delivery. Dell says support for Amazon Alexa is also coming later this year, so you can dictate lists, set reminders, ask for the weather, and play music. The laptops come with far-field microphones, so you can interact with either Alexa or Cortana from across the room.