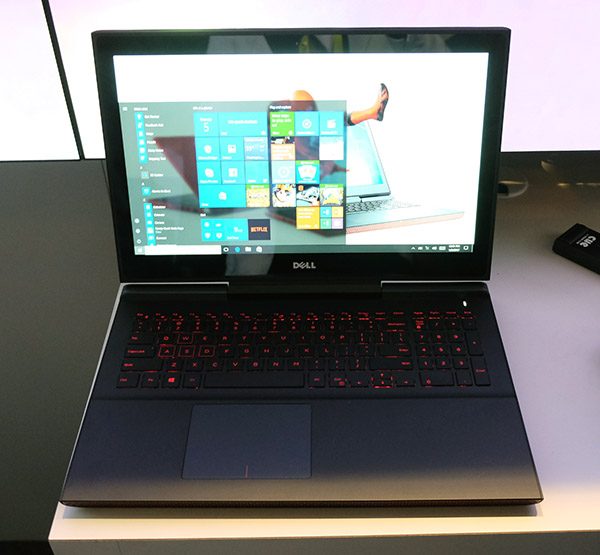 One of the biggest announcements at CES 2017 was the release of the full range of Kaby Lake processors from Intel for both desktop and mobile applications.

In response to that, Dell has also announced that it has updated its entire gaming notebook lineup with Intel’s newest processors.

The highlight of all of the updates is possibly the entry-level Inspiron 15 7000 Gaming notebook. With prices starting from US$799.99 (~S$1,145), it is Dell’s attempt to bring notebook gaming to a wider mainstream audience.

All of the Inspiron 15 7000 Gaming notebooks will feature 15-inch Full-HD displays and will be powered by quad-core Core processors - either the Core i5-7300HQ or Core i7-7700HQ. On the graphics side of things, these notebooks will feature NVIDIA newest GeForce GTX 1050 and GTX 1050 Ti discrete graphics. The Inspiron 15 7000 Gaming notebooks can also be equipped with up to 16GB of RAM and will come with a variety of storage options - SSHDs, SSDs or SSDs and HDDs.

For more demanding gamers, Dell’s Alienware lineup of notebooks has also been completely updated with Intel’s newest processors. The 13-inch Alienware 13 will be available with either the Core i5-7300HQ or Core i7-7700HQ. Memory for the Alienware 13 tops out at 32GB and users will be able to pick between the NVIDIA GeForce GTX 1050, GeForce GTX 1050 Ti or GeForce GTX 1060 for their GPU.

Finally, the Alienware 17 is equipped with the Core i7-7700HQ or Core i7-7820HK processor, and can be spec’ed with up to 32GB of memory and is the only Alienware notebook to feature NVIDIA’s flagship mobile GPU, the GeForce GTX 1080.

Join HWZ's Telegram channel here and catch all the latest tech news!
Our articles may contain affiliate links. If you buy through these links, we may earn a small commission.
Previous Story
Nuheara’s IQbuds lets you do more than just listen to your music wirelessly
Next Story
Here are the new Linksys routers announced at CES 2017