Dell has unveiled the 32-inch UltraSharp display that features an IGZO panel. Capable of supporting an Ultra HD resolution of 3840 x 2160 pixels, this professional display is optimized for Dell Precision workstations. 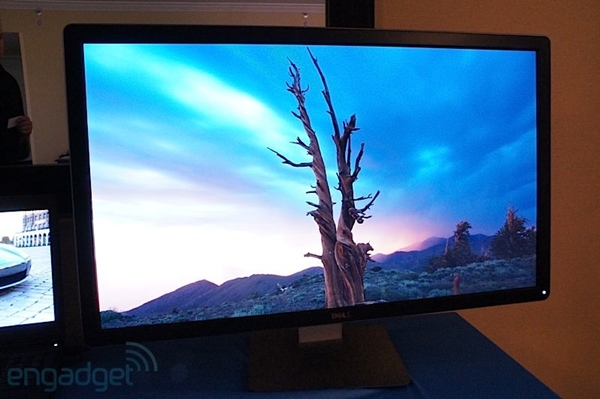 With its ability to present up to 1.07 billion colors, the Dell 32-inch UltraSharp display is targeted at media and entertainment professionals performing color critical production work. According to Engadget, the display houses both full and mini DisplayPort ports, with bundled display cables. It also has a HDMI port, with a USB hub and SD card reader that are built-in for convenience.

They also noted the display's aluminum stand that has replaced the usual plastic suspect found in older UltraSharp displays. The monitor's IGZO display panel has a matte finish and Dell revealed that they "had made some tweaks there to reduce any grainy results that may creep in." The Dell 32-inch UltraSharp display is slated for launch in the fourth quarter of the year; however, the price hasn't been revealed.

Join HWZ's Telegram channel here and catch all the latest tech news!
Our articles may contain affiliate links. If you buy through these links, we may earn a small commission.
Previous Story
More Details of the Moto X Leaked
Next Story
Pictures and Video of Possible Google Nexus 7 Successor Leaked (Update: Video of Retail Unit)