All-in-one PCs are, as their name suggest, complete systems in a display form factor. However, their sound systems have always been lacking. As a result, some users, who are more demanding, have had to resort to using additional speakers. This all changes with Dell’s newest XPS 27 all-in-one.

The highlight of the new XPS 27 is its impressive speakers. Dell calls it an integrated soundbar and it consists of 10 speakers, six forward-firing speakers (four full-range and two tweeters), two downward-firing speakers, and another two passive radiators. These speakers are powered by digital amplifiers capable of pushing 50W per channel.

In addition, the speakers were tuned and designed with Grammy Award-winning music producer Jack Joseph Puig and Waves Audio. 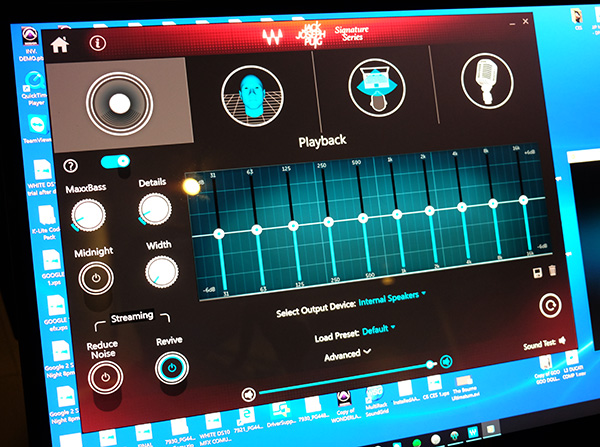 Unfortunately, the show floor was too noisy for us to do any kind of critical listening, but in a short demonstration where it was compared to the Apple iMac, the XPS 27 sounded more authoritative and musical. It could also be cranked up to really high volumes without much distortion.

The XPS 27 comes in a sleek aluminum chassis and features a gorgeous 4K IPS panel that can be configured with or without touchscreen functionality. The display also supports 100% Adobe RBG color space, which means it can display over a billion colors. It goes without saying that the display is wonderfully sharp and bright, but we also found it to be extremely reflective.

As for its internals, the new Dell XPS 27 can be configured with either a sixth generation Core i5 or Core i7 processor, up to 16GB of RAM, and up to 2TB of HDD storage or 1TB of SSD storage. For graphics, users can opt for integrated graphics from Intel or discrete graphics in the form of AMD’s Radeon R9 M470X or R9 M485X. 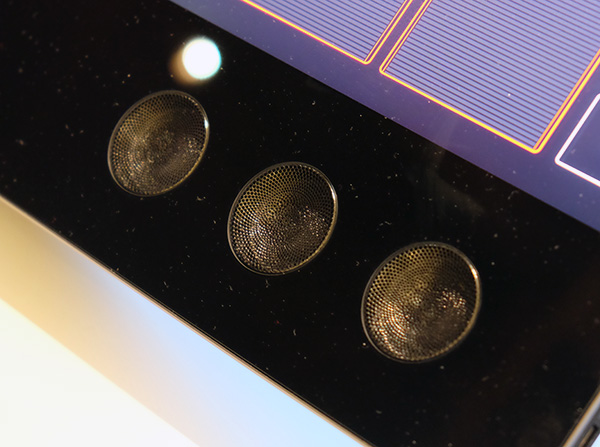 No word yet on local availability and pricing, but the XPS 27 is shipping in the US now with prices starting from US$1,499 (~S$2,146). We will update the article accordingly when we receive details from Dell.

Join HWZ's Telegram channel here and catch all the latest tech news!
Our articles may contain affiliate links. If you buy through these links, we may earn a small commission.
Previous Story
Casio's latest WSD F-20 smartwatch comes with GPS and color maps (Updated)
Next Story
Fossil Group now has 300 wearables within their portfolio of companies