Besides its Alienware series, Dell is also launching new XPS notebooks this year. The XPS 15 and XPS 17 are Dell’s newest high-end consumer laptops and comes with USB-C ports and 16:10 InfinityEdge display

The new Dell XPS 15 design is the most significant update in nearly five years. The most striking feature is the 15.6-inch, 16:10 InfinityEdge display, that first appeared on the ultraportable XPS 13 notebook. Just like its smaller sibling, you can choose either a 4K (3840 x 2400) or a Full-HD (1920 x 1080) display panel. The aspect 16:10 aspect ratio allows for more vertical space, which is nice for web browsing and word processing, and it has very thin bezels on all sides. 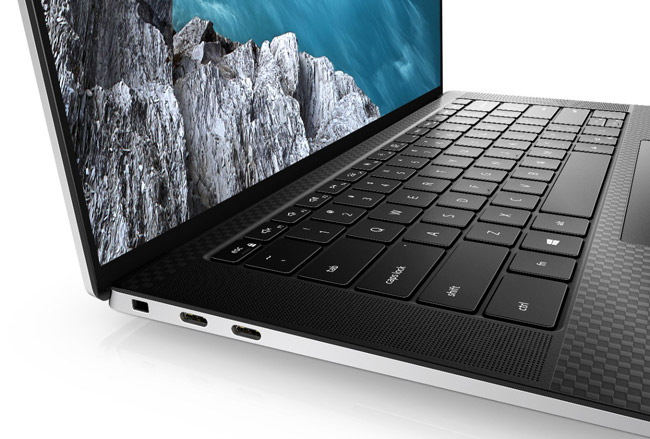 Much like the XPS 13, Dell is ditching legacy ports such as the USB-A and HDMI in favour of USB-C. These port changes do mean the XPS 15 now has a thinner profile, at 18mm high, and Dell is promising “the longest battery life of any 15-inch laptop,” with up to 25 hours on the FHD display model. It will also come with Intel’s latest 10th Gen processors, and a discrete NVIDIA GeForce GTX 1650 Ti Max-Q GPU is available as an optional upgrade.

Dell is also introducing a new XPS 17, which was last seen nearly 10 years ago. It is much like the XPS 15, but obviously comes with a larger 17-inch 16:10 display. Again, it has ridiculously small bezels and there are also 4K and FHD resolution options. Despite the large display, Dell calls this the “smallest 17-inch laptop on the planet,” due to the slim bezels and thin body.

Like the 15-inch model, the XPS 17 features Intel’s 10th Gen processors and can be equipped with either NVIDIA’s GTX 1650 Ti Max-Q or the more powerful RTX 2060 GPU. It also won’t come with legacy ports and instead has four USB-C Thunderbolt 3 ports.

Join HWZ's Telegram channel here and catch all the latest tech news!
Our articles may contain affiliate links. If you buy through these links, we may earn a small commission.
Previous Story
NVIDIA's new Ampere A100, 54-billion transistor GPU will revolutionize data center design
Next Story
Razer has announced the online Southeast Asian Invitational 2020