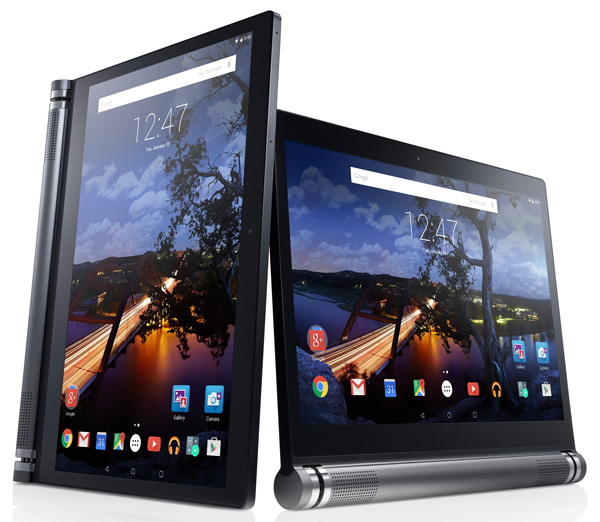 The new Dell Venue 10 7000 shares many of the same features that made the Dell Venue 8 7000 so good, while still adding in unique touches of its own. Of course, the most noticeable new addition is the rounded speakers tacked on to the side of the tablet, which the Dell Venue 8 7000 lacked. The tablet's batteries (7000 mAh) are also contained in the cylindrical casing. This time around, Dell's aiming for it to last at least 15 hours. 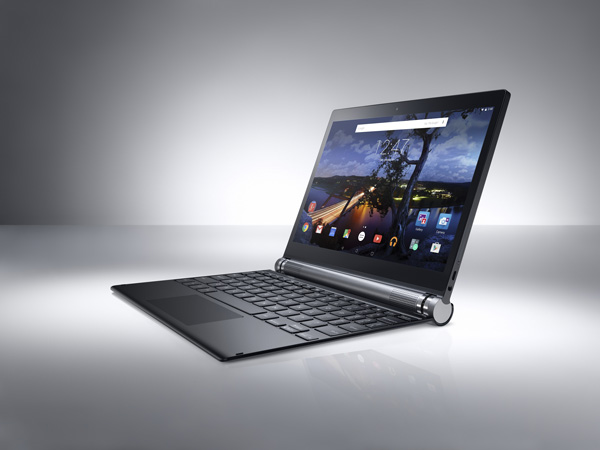 Weirdly, we can't help thinking that the Dell Venue 10 7000 looks uncannily like a Yoga 3 Pro, especially with that cylindrical battery/ speaker casing. Maybe it's a subtle homage?

Powering the device will be an Intel Atom processor, the Intel Atom Z3580 (2.33GHz, 2MB cache), which is the same one also used in the Dell Venue 8 7000. The tablet will also have 2GB of RAM. Like its smaller sibling, the Dell Venue 10 7000 will have an microSD card slot, with support up to 512GB, making it perfect for SanDisk's new 200GB microSD card. Intel's RealSense 3D cameras also make the leap, though with no changes made to their resolution. The RealSense 3D cameras still output at 720p. The Dell Venue 10 7000 also comes with a front facing 2MP camera and another 8MP rear facing one.

As for OS, the Dell Venue 10 7000 also comes with Android 5.0 (Lollipop) pre-installed, so you don't need to download anything,

The Dell Venue 10 7000 will come out in the US and China later this month, in two different variations, 16GB and 32GB. Prices start at US$499 for the 16GB version, without the keyboard dock and goes up to US$629 with it bundled. There's no word on what the 32GB version will cost yet. With the American and Chinese releases soon, expect to hear more about the local version in the coming weeks.

Join HWZ's Telegram channel here and catch all the latest tech news!
Our articles may contain affiliate links. If you buy through these links, we may earn a small commission.
Previous Story
Final Fantasy XIII is now on Android and iOS
Next Story
Xiaomi sets new Guinness World Record for selling 2.11 million phones