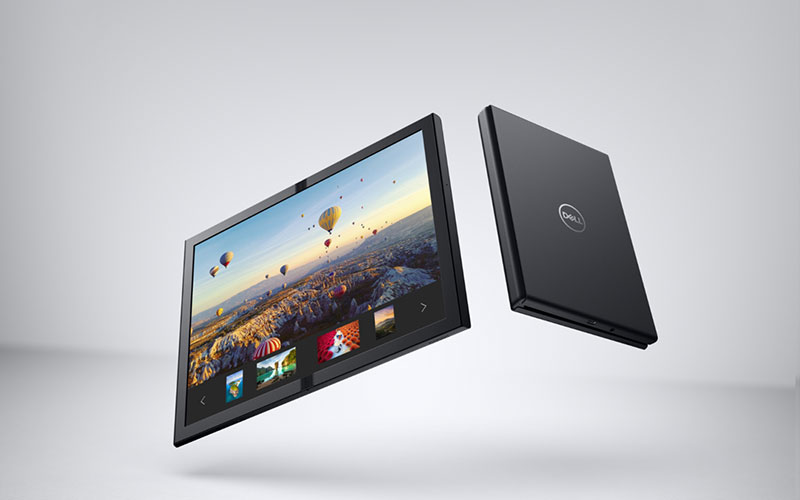 Everyone seems to think that the future of computing will revolve around foldable and dual-screen devices. Microsoft's Surface Neo is coming, and Lenovo just announced the ThinkPad X1 Fold, which is basically a tablet with a foldable OLED screen. At CES 2020, Dell also trotted out the Concept Ori and Concept Duet, prototype devices that envision a future where laptops have more screen real estate and also bendy displays.

The Concept Ori, as in "origami", is obviously the more ambitious design. It's a tablet-like device that folds into two, featuring also a 13-inch screen when spread out. The idea is that it can be folded into something more portable and easier to carry around, while providing the flexibility – no pun intended – to switch between vertical and landscape modes and also single- and dual-screen experiences. In the latter scenario, you could watch or read something on one half of the display and take notes with a stylus on the other. 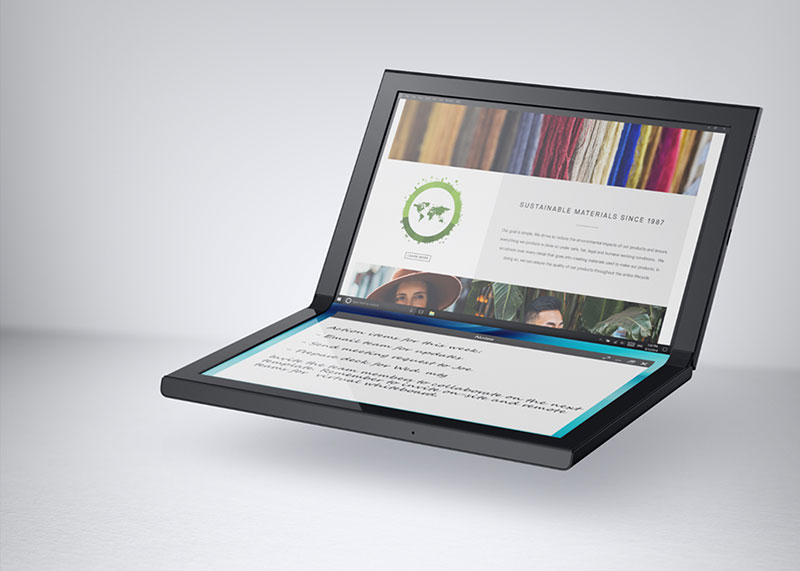 How well this works will depend a lot on the display – above all, it needs to be robust enough and not develop any creases in the middle.

Dell isn't revealing much in the way of detailed specs though. Aside from the 13-inch QHD+ display, we don't know what processor or memory configuration it will have, or even who the display supplier is.

The Concept Duet is the less out-there machine, featuring dual displays mediated by a more conventional hinge. It's got two 13.4-inch screens that support both touch and pen inputs, and you can use the lower display as a keyboard as well. This form factor is great for stuff like editing images, where you have a panel dedicated to your controls, and simper use cases like reading a book.

When flipped horizontally, you could even hold a video call in the top screen and take minutes at the bottom. 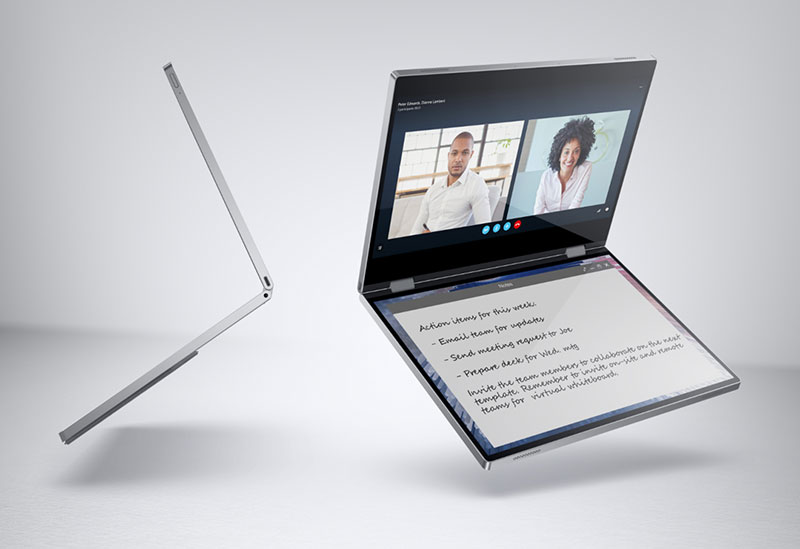 In addition, there's a physical keyboard that you can pair with it if you want to make the most of both screens. It's got one more trick up its sleeves too – if you set it on the upper half of the lower screen, a touchpad will pop out onscreen, mimicking the layout of a more traditional laptop.

Both the Ori and Duet are still concept devices, so there's no word yet on price or availability. However, given that Microsoft and Lenovo have both released similar devices, it's probably only a matter of time before we see something official from Dell. 2020 could just be the year where foldable and dual-screen laptops are put to the test.

Join HWZ's Telegram channel here and catch all the latest tech news!
Our articles may contain affiliate links. If you buy through these links, we may earn a small commission.
Previous Story
PlayStation Plus kicks off 2020 with four free games
Next Story
Alienware's Concept UFO portable PC looks a lot like a Nintendo Switch