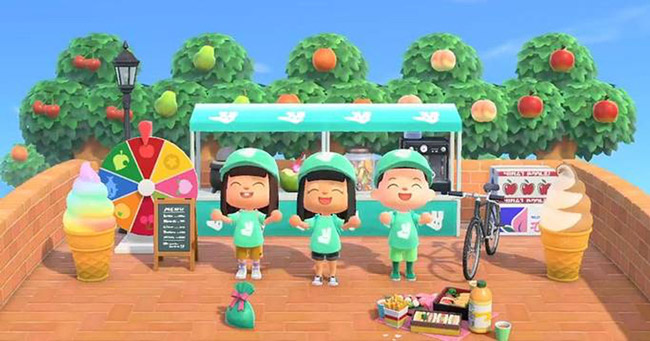 Nowadays, it’s become a norm to hear people talk about businesses “going digital”, “expanding into cyberspace” and all that. And why shouldn’t they? After all, it has made mundane tasks such as ordering food and getting groceries a lot more convenient than they used to be.

But expanding into the realm of video games? That’s a different story. It’s one that food courier service Deliveroo intends to write, though. The Singapore-based company recently kick-started a Facebook campaign stating that they would have virtual “riders” roaming around the immensely popular Animal Crossing: New Horizons, and that a few lucky commenters could win virtual goodies by following certain instructions.

It’s pretty simple. All you have to do is comment on Deliveroo’s Facebook page this Saturday between 11am to 2pm. The first 50 participants will receive a Facebook Message with a queue number and an approximate delivery time. Accordingly, the riders will drop by the winners’ islands at that time to “deliver” the gifts.

Of course, these virtual goodies will also include some actual benefits in the form of promo codes, so the winners can treat themselves both in-game and in real life.

Honestly, it’s quite odd for Deliveroo to try something like this, but hey, it’s the oddballs that grab the eyeballs, so to speak. Doing stuff that’s out of the ordinary is almost guaranteed to turn heads on our little red dot, especially when food is part of the equation. Nom!

Join HWZ's Telegram channel here and catch all the latest tech news!
Our articles may contain affiliate links. If you buy through these links, we may earn a small commission.
Previous Story
Lenovo’s Legion gaming notebooks get the hardware updates they deserve
Next Story
iPhone 13 rumoured to have 40MP telephoto lens and 40MP ultra-wide angle lens