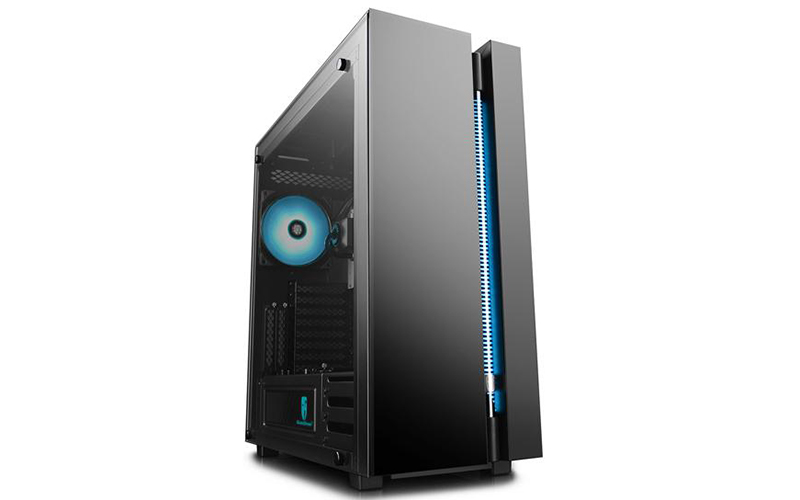 DeepCool has finally announced a price and launch date for its New Ark 90 chassis, which was first unveiled way back at CES 2017. The New Ark 90 is a sizeable E-ATX case, but its defining feature is the built-in 280mm all-in-one liquid cooler that makes up your mind for you about whether to go for air or liquid cooling.

This isn’t DeepCool’s first chassis to include an AIO cooler, and the new Baronkase Liquid comes with the company’s Captain 120EX cooler. However, the New Ark 90 uses a larger Captain series 280mm radiator, and it’s arguably slightly better looking.

It also boasts a transparent tube that runs down a groove at the front of the chassis, which can supposedly allow you to monitor the cooler’s flow rate. That said, it seems like the main draw will more likely be the visual appeal of the clear tube rather than its stated purpose.

This isn’t a case that wants to look in any way plain, and it is outfitted with RGB lighting on most components. This means four 140mm RGB fans and LEDs built into the water pump, PSU shroud and top panel, all of which are controlled using the built-in controller on the front of the chassis.

Three of the four fans are also pre-installed directly on the side panel, which isn't a look you see every day. 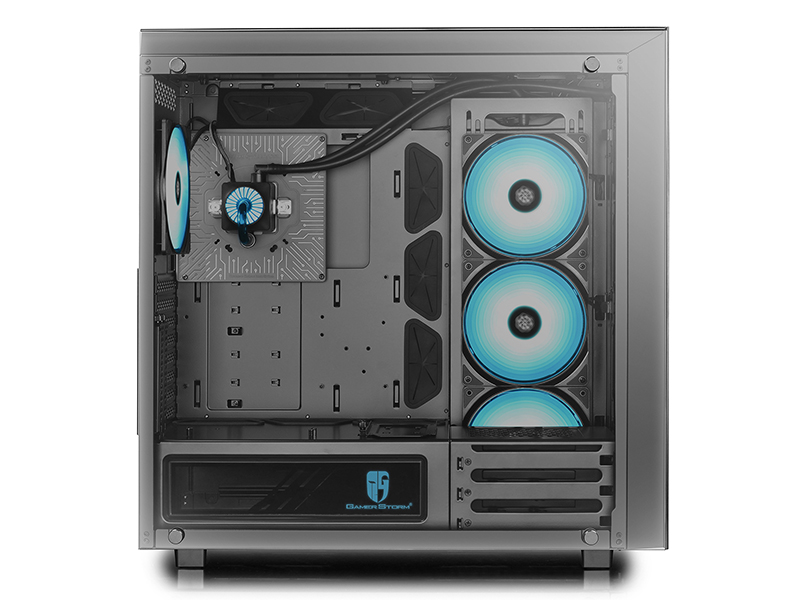 Alternatively, you can control the lighting using your motherboard’s software. All the major brands are covered, and it will work with ASRock’s RGB LED, ASUS’ Aura Sync, Gigabyte’s RGB Fusion, and MSI’s Mystic Light Sync.

In addition, the New Ark 90 features tempered glass panels on the top, front, and side. You also get a riser cable to install your graphics card vertically, the better to show it off through the side panel.

Separately, there’s space for up to three 3.5-inch HDDs and six 2.5-inch SSDs (if you convert three 3.5-inch mounts), graphics cards up to 310mm in length when mounted horizontally (400mm if mounted vertically), and CPU coolers up to 182mm tall.

The case can also accommodate a second 360mm radiator up front, if you’re looking for an even larger solution.

Join HWZ's Telegram channel here and catch all the latest tech news!
Our articles may contain affiliate links. If you buy through these links, we may earn a small commission.
Previous Story
72 awards presented to top tech brands and products at the 2018 HWM+HardwareZone.com Tech Awards
Next Story
Google may soon let you activate Assistant with a custom hotword