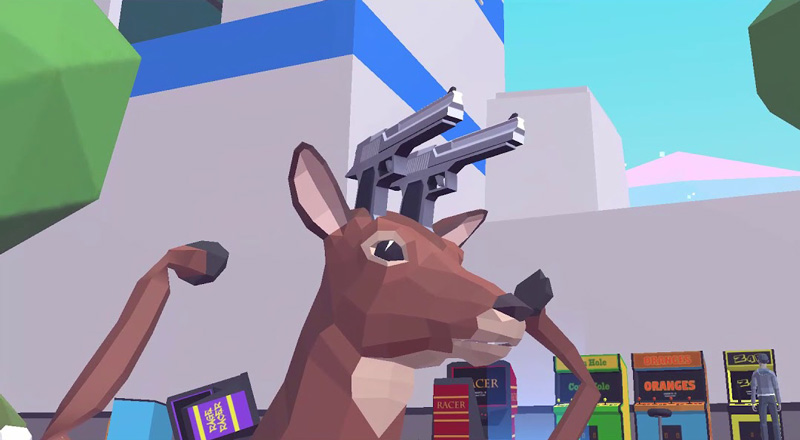 Goat Simulator opened up a lot of doors for indie developers to get really weird with their creations, it seems.

Indie game publisher Playism has announced that their game Deeeer Simulator: Your Average Everyday Deer Game is entering early access on Steam. The game is created by Japanese developer Naspapa Games and based on, “everyday scenes you would see in Nara, Japan.”

You see, it’s a little known fact, but Nara, Japan is actually a hellscape of gun-toting deer fighting hippos with gatling guns - when they’re not flying around in mechs made of assorted animals, that is.

You could, of course, just chill out. Why not be a normal deer, making friends with animals and human beings alike, living alongside your fellow man in harmony? Nah, let’s ride dragons and burn civilisation to a crisp instead. 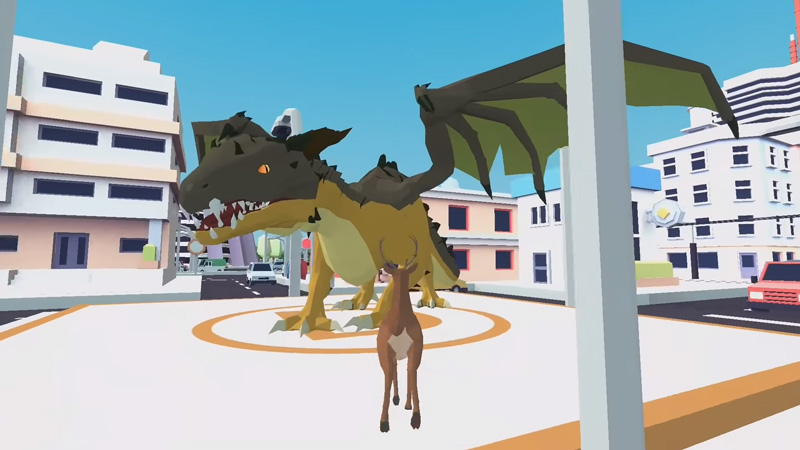 Why not pick up some weapons and engage in deer-related gun violence? Or swing from lamppost to lamppost Spider-Man style… with your head? Fight polar bears in military tanks? Turn people into deer? Attack a giant koala with laser eyes? Or do… whatever this is:

All that and more in the early access version of the game alone! According to a press release, an upcoming full release will add even more totally normal deer-related content to the game, including: