Death Stranding: Director's Cut for the PlayStation 5 gets a mysterious trailer

Death Stranding: Director's Cut for the PlayStation 5 gets a mysterious trailer 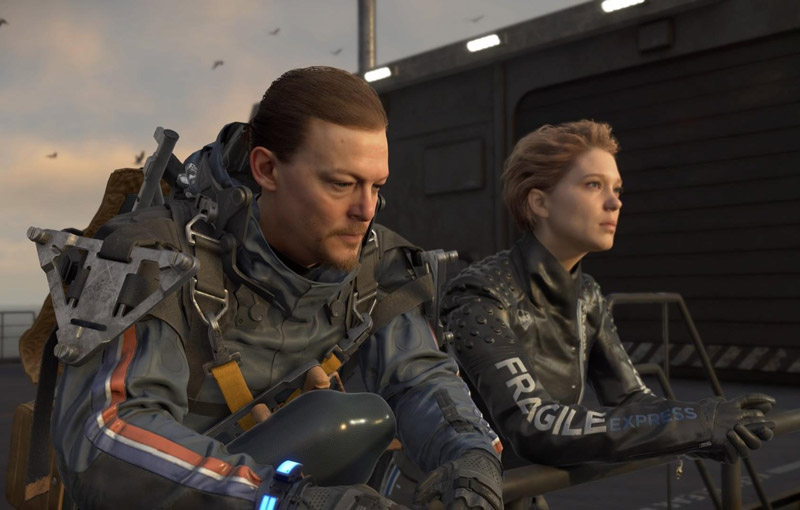 Leave it to Hideo Kojima to reveal something exciting in the strangest way possible.

Summer Game Fest began yesterday, and the event saw an appearance from Hideo Kojima as he announced Death Stranding: Director’s Cut for the PlayStation 5. This appears to be an upgraded and expanded version of Kojima Productions’ 2019 game for Sony’s next-gen console.

Death Stranding was first announced with a nude Norman Reedus hugging a baby next to a beached whale, so we probably shouldn’t be too surprised that the Director’s Cut reveal was this weird. The game’s protagonist Sam Bridges enters a very Metal Gear Solid-esque subterranean environment with patrolling gunmen, and briefly considers entering a cardboard box Solid Snake-style to sneak by them.

He pulls the box out of a shelf, sits inside it for a second, and then politely puts it back on the shelf when he realises that the rights to Metal Gear Solid still belong with Konami. After that, we get a title reveal: Death Stranding: Director’s Cut. Considering the base game didn’t seem to be missing anything in the first place, that’s a pretty weird name to slap on this thing. But hey, we love Kojima for it. Right?

Kojima also did a short interview with Summer Game Fest’s host Geoff Keighley wherein he announced that his studio’s next project is being approached differently due to the ongoing pandemic. “It’s a drastic change, just like after 9/11,” the game director said. Keighley also mentioned that more details on Death Stranding: Director’s cut will come over the next few weeks. Hopefully, that means Sony’s planning a new State of Play to talk about their upcoming games soon.

Join HWZ's Telegram channel here and catch all the latest tech news!
Our articles may contain affiliate links. If you buy through these links, we may earn a small commission.
Previous Story
Zoom's new voice and video phone appliances want to control our hybrid work *updated*
Next Story
Apple TV+ has unveiled the teaser trailer for the highly anticipated “Invasion"