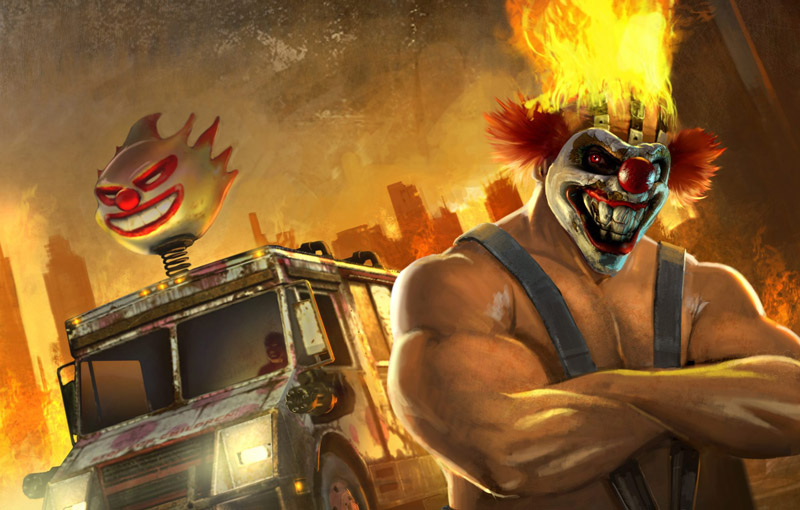 Twisted Metal is back, I guess?

According to Variety, the writers of Deadpool have been tapped to create a TV series adaptation of Twisted Metal, PlayStation’s vehicular combat game franchise. The series will be produced by Sony Pictures TV and PlayStation Productions.

Rhett Reese and Paul Wernick, who also wrote Zombieland, will adapt the PlayStation property as a live-action action comedy, following a new character who’s been hired to deliver a package in a, “post-apocalyptic wasteland.” Given how perilous the terrain is, the protagonist will team up with a car thief to make the delivery - and together, the duo will run into many obstacles on the journey, including Twisted Metal’s ice cream truck-driving clown mascot: Sweet Tooth.

Cobra Kai writer Michael Jonathan Smith has also boarded the project as writer, with Reese and Wernick executive producing. Variety also mentioned that Will Arnett (Arrested Development, the Lego Batman Movie) will executive produce and might even voice Sweet Tooth, “in a cameo.”

This will be PlayStation Productions’ third live-action game adaptation. The first was an Uncharted movie starring Tom Holland as Nathan Drake, which is set to release in 2022. The second is HBO’s The Last of Us series adaptation, which recently cast its Joel and Ellie. Twisted Metal is a strange game franchise to adapt this early on though, especially since we haven’t seen a new game in the series come out since 2012’s Twisted Metal for the PlayStation 3.

Join HWZ's Telegram channel here and catch all the latest tech news!
Our articles may contain affiliate links. If you buy through these links, we may earn a small commission.
Previous Story
Sony confirms that a next-gen PlayStation VR system is in development
Next Story
The latest version of Firefox adds total cookie protection and multiple picture-in-picture