The dead need Wi-Fi too

The dead need Wi-Fi too 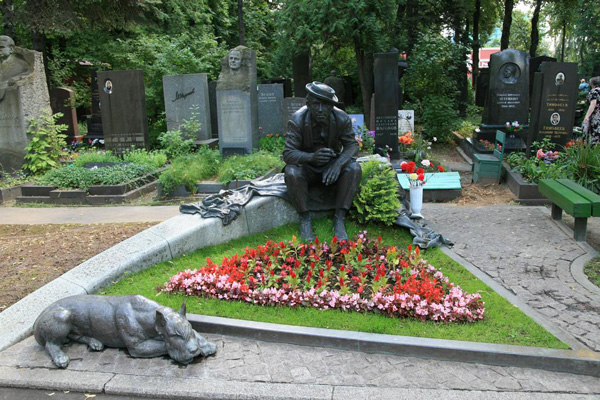 When you think of free Wi-Fi hotspots, images of restaurants, shopping malls and government buildings come to mind. Well, you can add in cemeteries to the list soon. If you're a Russian living in Moscow, that is.

While the dead in Singapore's cemeteries are still awaiting their Wi-Fi, the dead Muscovites in some of Russia's more prominent graveyards will soon be able to send you friend requests once their network gets up and running sometime in 2016.

These aren't just your run of the mill graveyards though, the selected cemeteries (Novodevichy, Troyekurovskoye and Vagankovo) are all renowned for having an eclectic mix of the dead from former Russian President Boris Yeltsin to former USSR leader Nikita Khrushev. Even Mikhail Gorbachev has reputedly served a spot in Novodevichy, so that he'll be buried with his wife when he dies.

The Russian government says the Wi-Fi is meant for visitors to find the locations of famous graves and to look up the history of the person buried there, but we all know it's just a ploy for the dead to enjoy some Candy Crush Saga from beyond and send you Facebook game invites.

Previous Story
AMD’s next-generation products taped out, delays possible
Next Story
Get an iPhone case made from Tesla seat leather