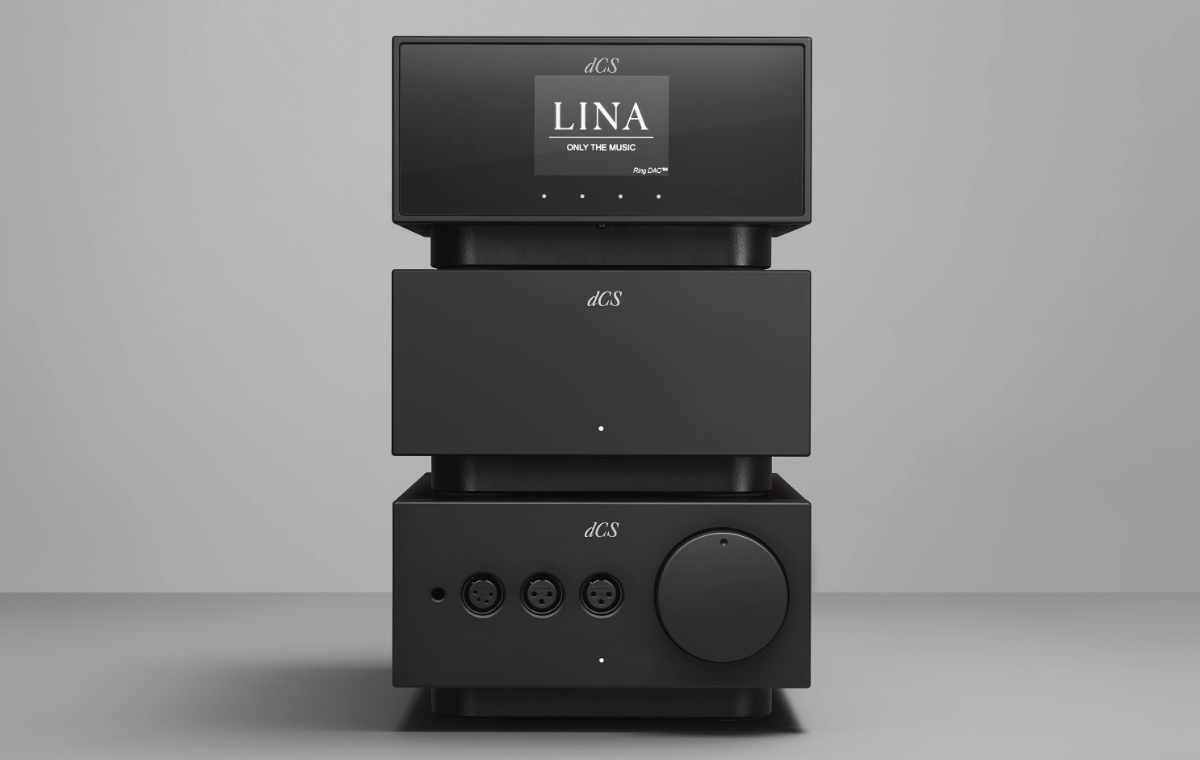 This is the Lina and it is dCS' first product series designed specifically for headphone listeners – a sign that the company is serious about the headphone space.

However, this isn't the company's first product designed for headphone listeners. That would be the Bartók from 2018 – a S$20,000 amplifier and DAC combo system.

After hearing feedback from customers, dCS went back to the drawing board and came up with Linda. The first thing to know about Lina is that instead of cramming everything into a single chassis, it is actually made up of three separate components.

There's a headphone amplifier, a network DAC, and a master clock. Though this means you'll need quite a bit of space to accommodate the full setup, the upside is that each component is shielded and independent from each other. It also means you can purchase them separately to fit into your existing setup. 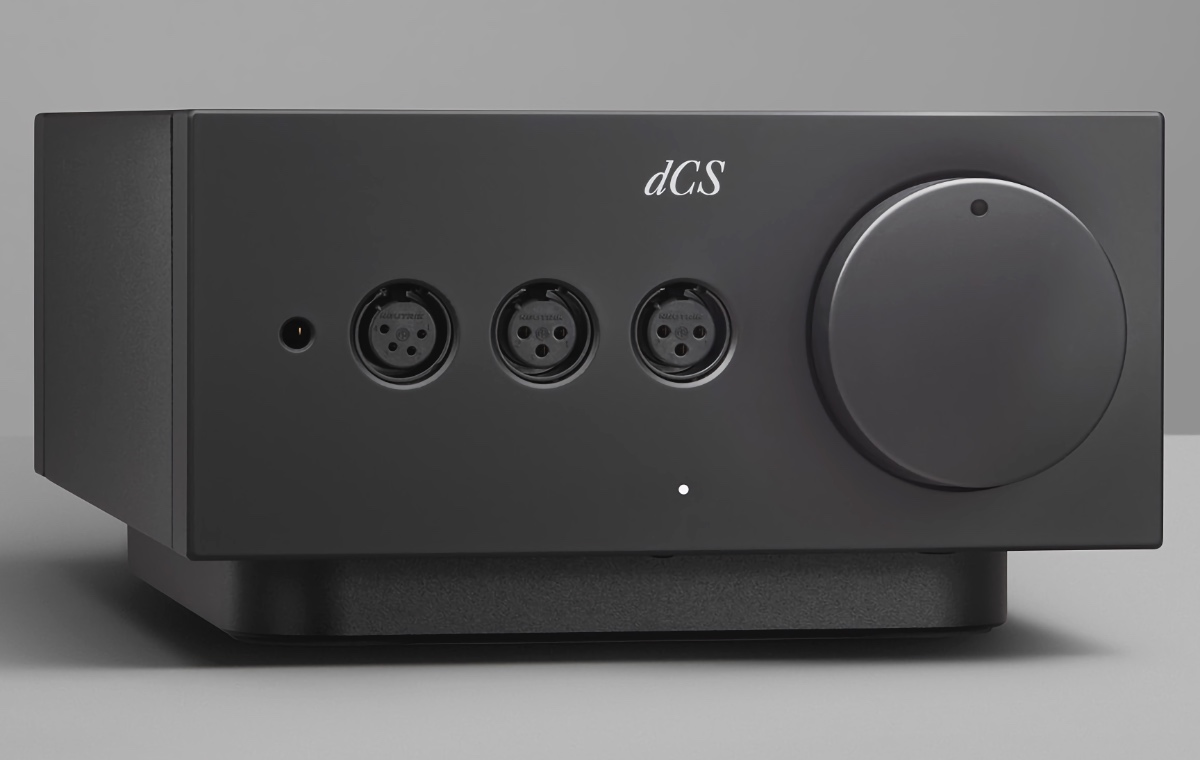 The Lina headphone amplifier uses a solid-state Class AB design and features a a single 4-pin XLR balanced output, dual 3-pin XLR outputs, and a 6.35mm headphone jack. As for inputs, it can accept unbalanced RCA or XLR balanced inputs.

The Lina Network DAC is particularly interesting because it represents one of the most affordable ways to get into a dCS DAC. It features the company's Ring DAC and proprietary digital signal processing and filters. 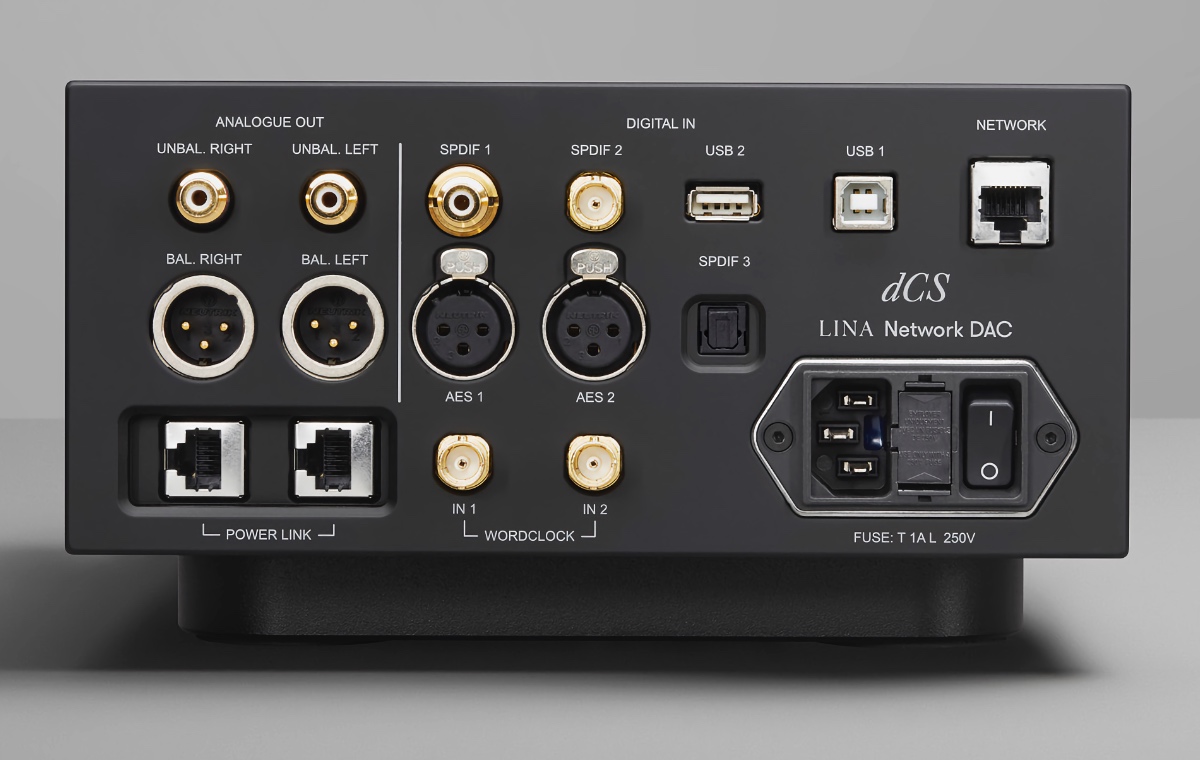 The DAC supports music sample rates from 44.1kHz all the way up to 384kHz, and also DSD64 and DSD128. As for inputs, it has a USB Type-B input to connect to a digital source, one USB Type A for external storage devices, one Toslink, two S/PDIFs, and two AES/EBUs. It can output to headphone amplifiers via unbalanced RCAs or balanced 3-pin XLRs.

Since it's a network DAC, it can also work with popular music apps like Roon, Spotify, Tidal, Qobuz, Deezer, and more. It also supports Apple AirPlay 2.

And last but not least, we have the Lina Master Clock which dCS calls a "Grade 1 Master Clock that uses dual crystal oscillators to deliver a precise and stable clocking reference." Music is about timing and many enthusiasts believe that having a highly precise clocking signal can minimise signal jitter and sound irregularities, and improve aspects such as staging and imaging.

The dCS Lina is available for pre-order now and orders will be fulfilled from June 2022 onwards.

The entire system is available for S$43,500. You can also purchase the components separately at these prices:

Those interested can demo the system at Zeppelin & Co..