DC Comics fighter Injustice: Gods Among Us is currently free to keep

DC Comics fighter Injustice: Gods Among Us is currently free to keep 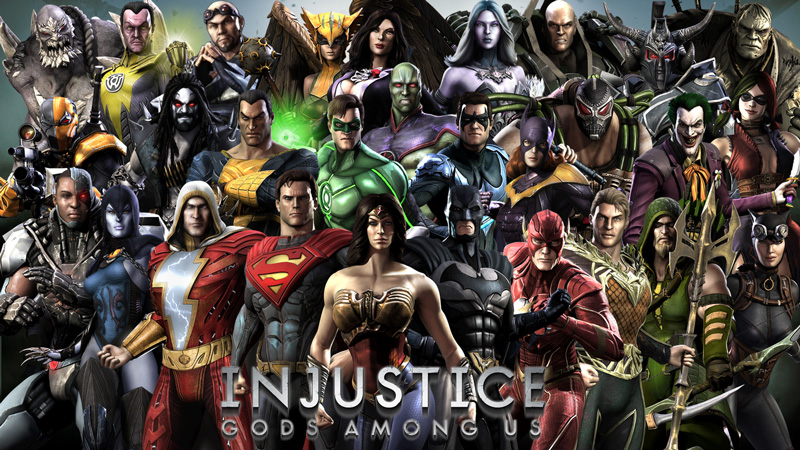 WB Games have just announced that Injustice: Gods Among Us Ultimate Edition is now free to keep for a limited time only. You can grab the game for free on PlayStation 4, Xbox One and PC via Steam until June 25, 2020.

Injustice: Gods Among Us comes from Mortal Kombat developers NetherRealm Studios, which is a pretty great indicator of its quality. The fighting game features a diverse roster of fighters from the DC universe - from the usual suspects like Superman, Batman and Wonder Woman to somewhat lesser-known characters like Solomon Grundy, Killer Frost and Ares.

Be a hero while playing with friends and family. Injustice: Gods Among Us is available for free now on @Xbox, @PlayStation, and PC until June 25! #playathome #playtogether pic.twitter.com/8KP8nOJC9D

The game’s story takes place in a much darker version of the DC universe - one with an evil Superman. The Joker has manipulated the Man of Steel into killing his entire family, which detonates a nuclear bomb that levels Metropolis, killing millions. Having lost everything and everyone, Superman kills the Joker and begins his regime - ruthlessly killing villains and heroes alike to achieve a twisted form of world peace.

The Injustice franchise became hugely successful after the debut of Gods Among Us, spawning a sequel in Injustice 2 along with several comicbook tie-in series. This seems like somewhat suspicious timing to make the game free, considering that DC FanDome was just announced for August as well - and will likely see announcements for several new DC games. Could we see an Injustice 3 announcement? I certainly hope so.

Injustice: Gods Among Us Ultimate Edition bundles the base game with all of its previously-released DLC, plus additional characters like Zatanna and Mortal Kombat’s Scorpion. You have until June 25th to grab the game for free, so don’t miss out!

Join HWZ's Telegram channel here and catch all the latest tech news!
Our articles may contain affiliate links. If you buy through these links, we may earn a small commission.
Previous Story
Honor’s upcoming X10 Max 5G handset is said to have a 7-inch screen
Next Story
A new trailer for The King's Man previews action-packed espionage in the 1900s