Almost two years after collecting 1.4 million pre-orders for its low-cost tablet, Aakash, Datawind has announced that it intends to sell a $38 tablet in the U.S. in early 2014. In total, three models will be launched in the U.S., with price tags ranging from $38 to $149. 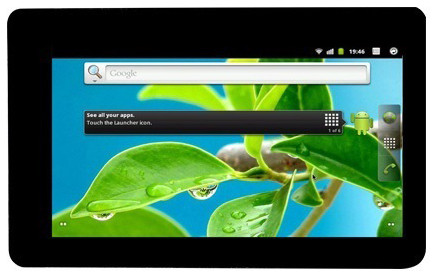 The company's CEO, Suneet Singh Tuli, has said the purpose has remained the same - to bring the inexpensive computers to schools and low-income communities. He hopes the devices will reach children who have limited access to the Internet. Although he did not divulge actual sales figures in India, he indicated that they have already surpassed iPad sales there.

The design and performance won't thrill, as the components used to build the tablets are old in modern computing standards, so it's very affordable.

Powered by a 1GHz single-core processor (comparable to one you can find in Apple's first gen iPad), the $38 UbiSlate 7Ci tablet runs on the Android 4.0 Ice Cream Sandwich OS, and provides just 4GB of internal storage. There are microSD card slots for those who need more storage capacity. The 7-inch display offers a 800 x 480 resolution.

The $38 tablet is now available via the company's website and will be hit retail stores after CES 2014 in early January. A $100 version of its tablet, the UbiSlate 7C+, will ship with 1 year of free web-browsing over old Edge networks (the same cellular technology that the first-gen iPhone connected to).

The highest-end offering from the company, the UbiSlate 3G7, will run on 3G networks with free unlimited web browsing. It'll pilot on a dual-core processor and the Android 4.1 Jelly Bean platform. The data to power Datawind's free web-browsing will come from Red Pocket Mobile.

Join HWZ's Telegram channel here and catch all the latest tech news!
Our articles may contain affiliate links. If you buy through these links, we may earn a small commission.
Previous Story
Five Things to Note from Investigation of Fire at Bukit Panjang Exchange
Next Story
Dell and Dropbox Collaborate to Help Businesses Embrace Evolving Workforce