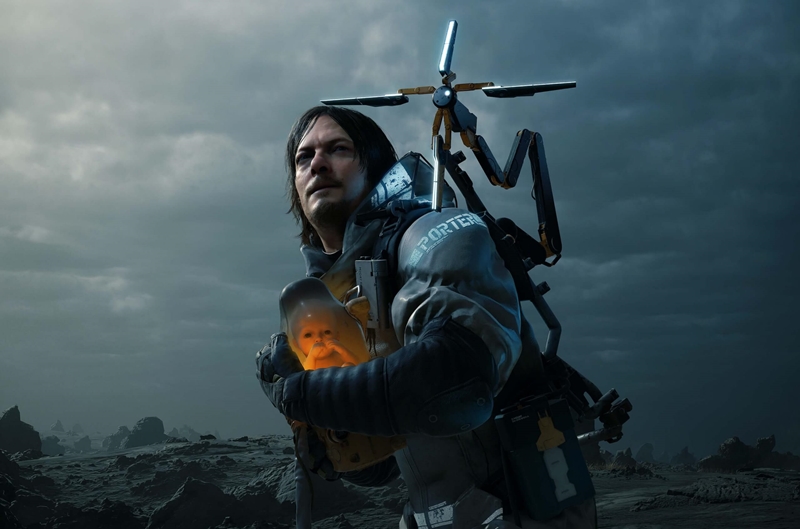 According to some old fart who lived many years ago (probably), it's said that "creativity never sleeps"...unlike this baby here, who's sleeping soundly in a "safety pod" his father created to take him out amid the coronavirus outbreak in Shanghai, China.

Neat, huh? Check out the full video by South China Morning Post below (thanks guys)!

Basically, this amazingly creative dad named Cao Junjie was wondering how to take his kid out for walks with the virus running amok as it is. Regular masks weren't exactly an option, since babies' respiratory systems tend to be weaker and might not be able to cope. But Cao was a gamer, and after playing Hideo Kojima's post-apocalyptic title Death Stranding, he was inspired to try and design this little "safety pod" for his kid.

Of course, the device doesn't just look cool - it's full of nifty inclusions as well. For example, there's a glove which extends inside the cabin, allowing him to comfort his baby from the outside if needed, a filtered breathing machine (complete with a display!) to ensure only clean air reaches the child and of course, a medley of straps to safely secure it to Cao himself. There's even a biohazard symbol to round it all off!

Join HWZ's Telegram channel here and catch all the latest tech news!
Our articles may contain affiliate links. If you buy through these links, we may earn a small commission.
Previous Story
Warner Bros. has postponed Wonder Woman 1984, Scoob and more due to Covid-19
Next Story
Samsung ready to mass produce EUV-based DRAM in 2021